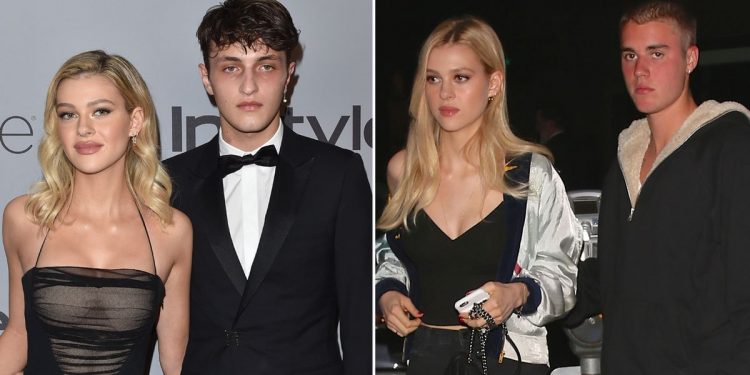 
As Nicola Peltz is set to tie the knot to Brooklyn Beckham on Saturday, we look back at the actress’s string of high profile romances

Nicola Peltz is set to marry Brooklyn Beckham at the weekend at her £76 million family home in Florida, in what is expected to be the showbiz wedding of the year.

The couple found love back in 2019, with Victoria and David Beckham’s eldest son Brooklyn, 22, proposing after just nine months of dating.

But the budding chef wasn’t Nicola’s first love, with the actress having had a string of high profile romances before meeting her husband-to-be.

But the budding chef wasn’t Nicola’s first love, with the actress having had a string of high profile romances (pictured with Justin Bieber in 2016)
(

The former couple dated for a year and a half after they were first spotted back in January 2017 sharing a secret kiss on New Year’s Eve, which was captured on Snapchat.

After their blossoming relationship was revealed, it wasn’t long until the pair were sharing loved-up snaps on Instagram as they celebrated Nicola’s 22nd birthday.

The Marvel star later said at the 2017 Sundance Film Festival: “Honestly, he is an angel. He’s such an amazing person.”

Yet in June the following year, Nicola’s representative confirmed the couple had parted ways after Anwar hit the headlines for reportedly kissing Kendall Jenner at a party in New York.

While Nicola’s rep insisted the pair “split amicably”, the actress dramatically unfollowed the whole Hadid family after their break-up.

Anwar went on to date Dua Lipa for two years before they called it quits last December.

And it appears Dua and Nicola have the same taste in men as two months after her split from Anwar, Nicola began a relationship with LANY frontman Paul Klein, 33.

Nicola and Anwar’s romance was first spotted back in January 2017 sharing a secret kiss on New Year’s Eve, which was captured on Snapchat (pictured 2018)
(

The band went on to use a close up of Nicola’s eye for their album cover – with Brooklyn later also getting his fiancée’s eyes tattooed onto the back of his neck.

After seven months of dating, Nicola announced in February 2019 the pair had parted ways on Twitter.

She wrote: “just wanna tell u guys paul n i went our separate ways but i always wish him all the best!!! all good vibes!” (sic).

While Nicola went public with her relationships with Paul and Anwar, back in 2016 the actress sparked dating rumours with Justin Bieber, 28.

Justin was said to have flown Nicola to Toronto, with an insider saying at the time to E! News the singer was ready to “settle down and have a relationship”.

They said: “Justin has a crush on Nicola and really enjoyed the date with her the other night”.

Two months after her split from Anwar, Nicola began a relationship with LANY frontman Paul Klein, 33
(

Meanwhile, Nicola has found her true love with Brooklyn, with the couple set to say ‘I do’ at a luxury beachside estate in Florida which belongs to Nicola’s billionaire family.

Brooklyn has reportedly signed the ‘mother and father of all pre-nups’ should their marriage ever hit the rocks as Nicola’s financier father Nelson has a fortune of £1.3 billion.

And a host of celebrity guests are, of course, expected to be in attendance, including the Ramsays, the Spice Girls and Rocco Richie.