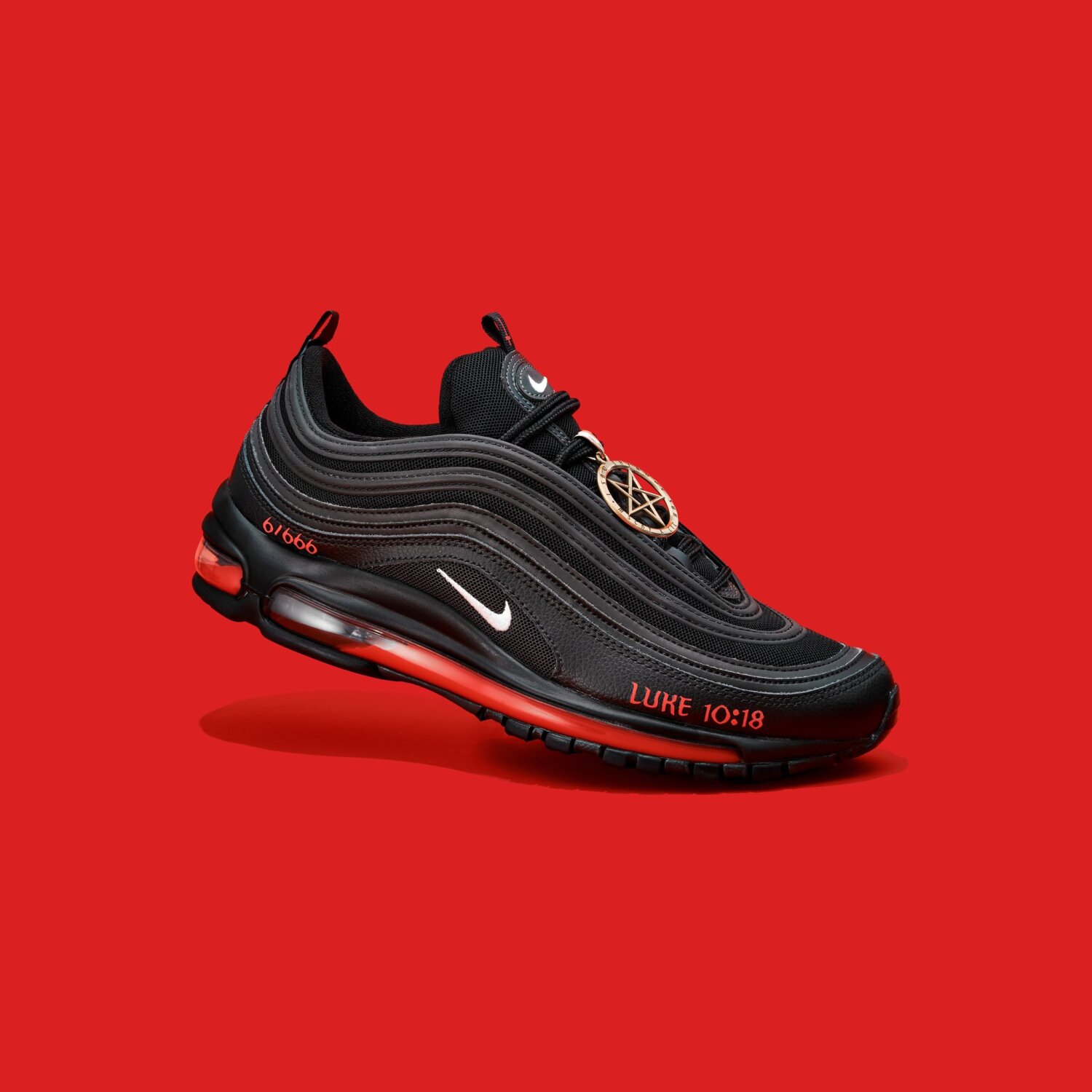 The Hollywood Reporter said Thursday that fulfillment of orders of the controversial sneaker has stopped after a U.S. District Court in New York approved Nike’s request for a temporary restraining order against Mschf, the Brooklyn-based collective that collaborated with the singer-rapper on the shoes.

Nike sued the collective Monday, alleging trademark infringement, false designation of origin and trademark dilution. The sneakers are based on Nike’s Air Max 97, though with some distinct departures from the original — including a pentagram pendant and a drop of human blood in every sole.

“The court issued a Temporary Restraining Order against MSCHF yesterday,” a Nike spokesperson said Friday in a statement to The Times. “We don’t have any further details to share on pending legal matters.”

The court order prohibits Mschf from fulfilling “Satan Shoes” purchases, despite the collective’s lawyer alleging that 600 pairs had already been shipped, according to CBS News. Nike’s lawyers expressed doubts about that claim.

Some consumers mistook the collaboration as Nike’s endorsement of satanism, the Monday lawsuit said, and boycotted the company as a result. The brand’s characteristic “Swoosh” logo was unaltered on the shoe, adding to the confusion about Nike’s possible involvement with Mschf.

Nike quickly distanced itself from the shoe, emphasizing its disaffiliation in multiple statements since the Monday drop.

“Given the current circumstances, this action by Nike will also prohibit Lil Nas X’s Twitter giveaway for Satan Shoes Edition 666 from happening indefinitely,” Mschf said in a statement referencing a Twitter promotion to give away the 666th pair produced. At $1,018 a pair, the sneakers sold out in minutes after their release.

The collective unsuccessfully argued for 1st Amendment protections during the hearing, according to the Hollywood Reporter. Earlier in its statement, Mschf noted that the release of its “Jesus Shoes,” which were based on the same sneaker model, did not raise the same controversy as its satanic counterpart.

Lil Nas X, who was not listed as a defendant in the lawsuit, released the sneakers as part of a promotion for his new song “Montero (Call Me by Your Name).” Its viral music video features the pop star descending into hell and giving Satan a 30-second lap dance.

The “Old Town Road” musician explained the video’s devilish themes Saturday on Twitter, saying the imagery evokes the consequences he was told as a teenager would await him for coming out as gay.

His sneaker drop drew the ire of many, from South Dakota Gov. Kristi Noem to former L.A. Laker Nick Young.

Pensioners urged to use online calculator now – ‘could get £7,000 a year more money’ | Personal Finance | Finance

A Timeline of the Series’ Important Events So Far

Pensioners urged to use online calculator now – ‘could get £7,000 a year more money’ | Personal Finance | Finance

A Timeline of the Series’ Important Events So Far