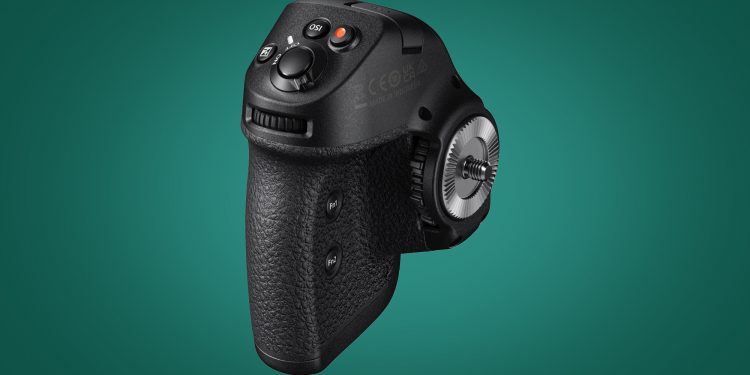 
The Nikon Z9 was already one of the best cameras for photography – and now a huge firmware update has made it, on paper, the most powerful flagship around for video, too.

The firmware v.2.0 update, which will be available as a free update from April 20, brings an impressively lengthy list of new features, including video boosts that (on paper) nudge it ahead of the Sony A1, Canon EOS R5 and Canon EOS R3.

The update includes a new raw video format, called N-Raw, that means the Nikon Z9 can shoot 12-bit raw at up to 8K/60p internally, without completely destroying your workflow with storage demands.

This is because N-Raw files apparently squeeze all that info into a file that’s about half the size of an equivalent ProRes Raw HQ file. If you prefer to edit in the likes of Final Cut Pro, then there is also the option of shooting in the ProRes Raw HQ format, although only up to 4K/60p.

Perhaps more useful for everyday video shooting is the new ability to shoot oversampled 4K/60p video. Oversampling uses a sensor’s native resolution (in this case 45.7MP) and uses that extra data to produce a 4K image with more detail (and less noise) than a cropped 4K frame.

Other benefits for video shooters include new waveforms (which, like histograms, help you check your exposure in real-time) and a red recording frame indicator around the edge of the display to confirm when you’re actually shooting. But the update has a few treats for stills shooters, too.

One of the most useful for action shooters is ‘pre-release burst’. This lets you pre-empt important moments by half-pressing the shutter, which will see the Nikon Z9 buffer images for up to a second – then if a big moment does happen, you can fully press the shutter and it’ll capture a burst for up to four seconds afterwards, too.

Interestingly, Nikon has also managed to improve the refresh rate of the Z9’s EVF (electronic viewfinder), something that is usually only possible via a hardware upgrade. You can now raise this to 120fps, which brings it level with the Canon EOS R5 and Sony A1, and should make the preview appear smoother when you’re training it on fast-moving subjects.

The only downside is that this EVF improvement will apparently bring a hit on battery life, so may be best-reserved for special occasions. Still, there’s no doubt that these improvements, along with Nikon’s announcement that its developing a new wired Remote Grip MC-N10 accessory for controlling the Z9 externally, are big boosts in its quest to win its mirrorless flagship battle with Sony and Canon.

The Nikon Z9 ($5,499 / £5,299 / AU$8,999) is a niche professional camera and many of these updates – in particular, raw 8K/60p video – will likely only appeal to a small subset of that niche. Given the Z9 is only a few months old, you could also argue that the features should have been included from the start and may have even been held back as part of its launch strategy.

Still, Nikon would be far from along in doing this, and the size of the update is significant in its battle for the mirrorless flagship crown with the Sony A1, Canon EOS R5 and Canon EOS R3. On paper, it’s the most powerful non-cinema camera around for video, and one of the strongest for stills, too.

This is partly because Nikon chose to make the Z9 a big, chunky professional tool that’s significantly heavier than its Sony and Canon rivals. It’s also newer than the Sony A1, Canon EOS R5 and Canon EOS R3, so we can expect both of those camera giants to fight back soon – either with new firmware, or new camera bodies.

For example, Canon arguably hasn’t even released its direct Nikon Z9 rival yet, with rumors suggesting it could launch a Canon EOS R1 later this year. The flagship mirrorless camera battle, then, is likely more about the halo effect it can create around a lens system, as much as the specific tools that firmware updates like this bring to pros.

There’s no doubt, though, that Nikon has shown that it’s very much at the forefront of mirrorless camera tech again with the Nikon Z9 – and its fightback against Sony and Canon is only good news for photographers and videographers.