“We believe in this case that there is enough evidence presented for self-defense that we are not going to be able to overcome our burden and show this was not self-defense beyond a reasonable doubt, and for that reason, there will be no charges filed against the suspect in this case,” White said during a news conference.

The lack of charges came as a devastating blow to Spencer’s family, who had been seeking answers for over three months. Claiming to have been “ghosted” by authorities, they organized rallies in Pittsburgh, where they reside. Until someone is held accountable, Spencer’s loved ones say they will keep pushing, praying and waiting for justice.

“Whenever there’s a Black victim, they always get vilified,” said Spencer’s younger brother Tehilah. “In that sense you kill them twice, both in life and in the media. But we’re not going to let that happen to Peter.”

According to White, the shooter — Spencer’s co-worker, described as a 25-year-old White man in police records — invited Spencer and three other guests, who were all White, to his parents’ cabin in Rockland Township, Pa. But what began as a fun-filled getaway ended with bloodshed by nightfall, he said.

As the group huddled around a campfire, Spencer began “acting crazy,” White said. Witnesses told investigators he grabbed his AK-47 rifle — which had an obliterated serial number — and began shooting it at the sky while demanding more firewood and the others’ phones.

Then Spencer allegedly pointed his rifle at the host. It was then that the 25-year-old man emptied his own pistol on Spencer, firing 11 rounds “in about 2 to 2.5 seconds,” White said.

Police were called and arrived around 2:30 a.m., finding Spencer’s body on the cabin’s front lawn. Officers also found multiple firearms and drugs, according to a Pennsylvania State Police news release.

The shooter told police that he and Spencer had taken mushrooms and drunk alcohol. However, there was no evidence of the drug in the shooter’s toxicology report. Spencer’s came back positive for psilocin — a substance found in mushrooms that White said could cause psychosis — but also for fentanyl, a powerful synthetic opioid, Jubas said. Prosecutors — who said Spencer had told the others he had never eaten psychedelic mushrooms before — did not mention the presence of the fentanyl during their case update.

“Toxicology reports proved that the suspect was lying” about taking mushrooms with Spencer, said Jubas, who suggested Spencer could have been drugged with the fentanyl. “It was strange to see the district attorney talk about how credible this investigation was and how credible the witnesses were and the suspect was, only to have him by direct evidence be contradicted and his credibility undermined.”

The shooter, whose name has not been revealed by authorities, did not respond to requests for comment from The Washington Post.

Another inconsistency, Jubas said, was highlighted by Spencer’s gunshot wounds.

The autopsy determined that four bullets pierced the front side of Spencer’s body and five bullets went through his back side. White had said earlier that Spencer was shot while facing the shooter — with four bullets entering his backside as he twisted and fell.

But Cyril Wecht, a renowned pathologist hired by the family, questioned that determination. He said the autopsy report showed evidence that Spencer “was running away” from the shooter yet continued being shot at.

“Where is this fear on the part of the shooter that he is being threatened?” said Wecht, a former coroner and medical examiner who has consulted on high-profile cases, such as the deaths of JonBenét Ramsey and Laci Peterson. “Five shots at Mr. Spencer while he is moving away from the shooter, and the shooter is continuing to shoot.”

Jubas also said that one of the bullets fired at Spencer remains unaccounted for. During an independent examination, the bullet could not be found lodged inside Spencer’s body and had not created an exit wound.

White’s office did not respond to requests for comment on Jubas’s claims.

For months, Spencer’s family and local activists have been frustrated by the county’s handling of the case and have claimed they were stonewalled by authorities who offered scant information. William Anderson, chair of the Allegheny County Democratic Black Caucus, questioned whether authorities would have reached the same outcome if the roles were reversed.

“If they had found a bunch of drugs and weapons but the victim were White and killed by a Black man, they would’ve filed charges in a second,” Anderson said.

White, however, said it had taken his office a lengthy time because he did not want to jeopardize the “integrity of the investigation.”

When Spencer was shot, the State Police Heritage Affairs team, which responds to hate- or bias-related crimes, was notified — but Spencer’s death was not investigated as a hate crime. During a news conference, Cpl. Aaron Allen, the office’s liaison, said he would not be bringing charges because “there’s not been any sort of hate and/or bias detected.”

For now, Spencer’s family members are putting their faith in a federal investigation that could bring forth an indictment on the shooter, Jubas said. Before his death, Spencer and his fiancee were under investigation by the Bureau of Alcohol, Tobacco, Firearms and Explosives and the state Attorney General’s Office for firearm trafficking possibly involving ghost guns, according to prosecutors.

Jubas said the man who shot Spencer was a target of the same probe. If the federal investigation shows the shooter was involved in the alleged firearm trafficking, the attorney said, he would not be able to claim self-defense.

The Venango County District Attorney’s Office “knew very well that the suspect was also involved in the same type of criminality,” Jubas said during a Monday news conference. “And what they did was they tried to make it sound like Peter Spencer, the Black guy, was the only criminal there.”

In Pittsburgh, Spencer’s family members continue to reel from the loss of a beloved “mama’s boy” and soon-to-be father to a baby boy due in June. His “contagious smile” is now only present in old pictures around his mother’s home.

“Even when we didn’t go to the same school when we were kids, when I walked home, he’d still meet up with me halfway to make sure I wouldn’t get bullied,” Tehilah said. “He always looked out for me. He was an amazing big brother, and that’s the part I miss so much.”

Oleic acid, a key to activating the brain’s ‘fountain of youth’ 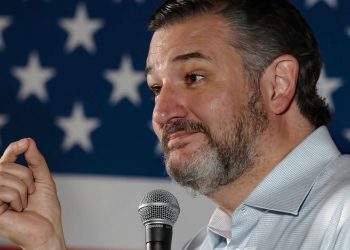 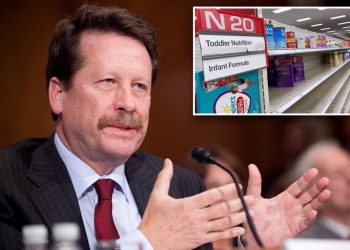 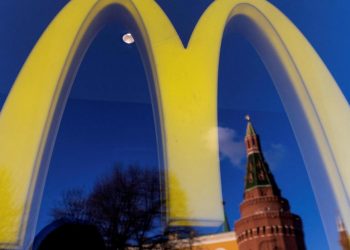 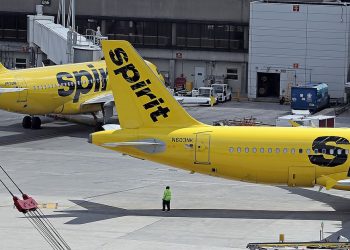 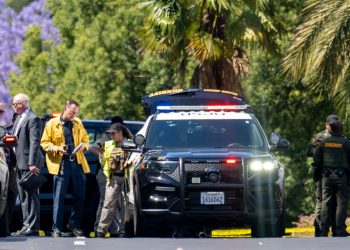