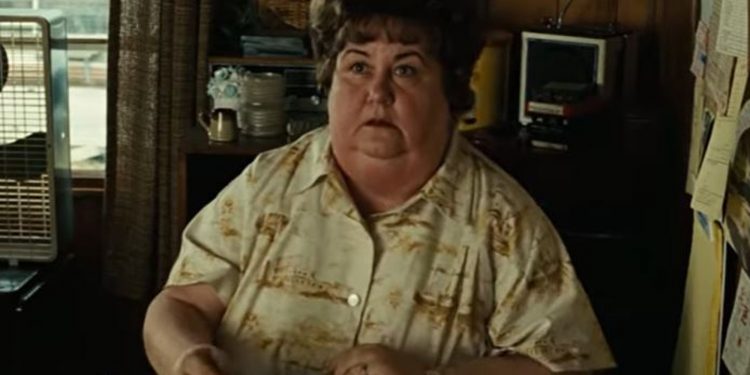 
Actor Kathy Lamkin, known for playing the Desert Aire manager in No Country For Old Men, has died aged 74.

Lamkin passed away after a short illness on Monday (April 4), as confirmed by her family in a statement (via Deadline). “Kathy will be missed by her family and friends and left an impact on all that she encountered during her life on this Earth,” the statement reads.

The actor starred in a scene opposite Javier Bardem’s antagonist character Anton Chigurh in No Country For Old Men, directed by the Coen Brothers. In 2008, the film won a SAG award for Outstanding Cast In A Motion Picture.

You can check out the scene below:

She’s appeared in 46 film and TV projects between 1990 and 2014, including films like Kiss Kiss Bang Bang, Waiting For Guffman, Confession, In The Valley Of Elah and The Heartbreak Kid.

Her TV appearances include Malcolm In The Middle, My Name Is Earl, Nip/Tuck, Bones and Boston Legal in minor roles. She made her last appearance in the 2014 short film Chimeras.

The actor also taught theatre arts at Codwell Elementary School in Houston, and served as a producer on a number of short film projects.

Lamkin is survived by her husband Stephen L. Lamkin, daughter Kati, son Greg and his wife Jamie, and grandchildren Benjamin and Morgan.