No job… but still lured into debt by ‘buy now, pay later’ schemes

Our survey also found that only half of those who used the checkout lending service were full-time employees.

The poll raises questions over how responsibly the loans are dished out to shoppers who perhaps cannot afford to repay them. 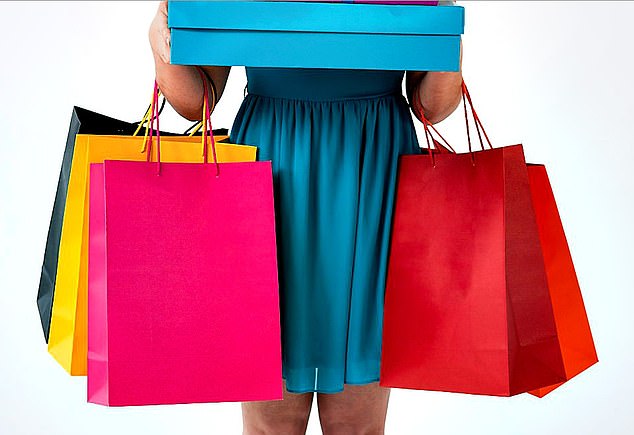 Easy money: One in ten shoppers who used ‘buy now, pay later’ services is unemployed and on benefits and just half those using checkout lending services were full-time employees

It comes as experts fear a generation could damage their financial futures while the Government drags its heels on regulation.

The Treasury announced in February that ‘buy now, pay later’ (BNPL) lenders such as Klarna, Clearpay and Laybuy, would be regulated to better protect spenders.

At the time, Christopher Woolard, former interim chief executive of the Financial Conduct Authority, said it was ‘urgently needed to protect consumers’. But seven months on, no plans, timelines or proposals have been announced.

In the meantime, Citizens Advice has revealed as many as one in ten BNPL customers has been chased by debt collectors after missing payments.

And the charity’s research suggests that shoppers have been charged as much as £39 million in late fees over the past year.

Concerns have been rising about the lenders — prompting demands for regulation by the City watchdog and campaigners. 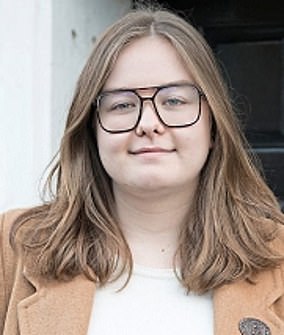 Kira Lewis is having to work four days a week on top of a degree to keep up with ‘buy now, pay later’ payments.

The war studies student first used the service to buy around £100 worth of clothes from Asos in 2019.

And with a job earning £10 an hour at Harrods, Kira could afford the monthly payments.

But it wasn’t long before more extravagant purchases followed.

And even after taking on an admin role at a college, the 21-year-old still has around £200 to pay off.

Kira says: ‘I’m unbelievably stressed because I’ve been having to work to pay off this debt on top of finishing my dissertation and all of my essays.

‘There really needs to be more regulation. “Buy now, pay later” has become so massive so quickly that I don’t think people stop to think about what it really is before they start using it.’

Our poll, conducted by Consumer Intelligence, revealed that more than one in 20 borrowers had spent more than £1,000 in a single month. Around half admitted to buying something they did not need.

The sector has continued to grow at a galloping pace since ministers pledged to regulate it. Klarna has more than 15 million UK customers and more than 250,000 retailers on its books.

However, when Citizens Advice surveyed checkouts on leading retailers’ websites, not one warned customers this could happen.

On social media site TikTok, Chloe Byrnes, 21, warns: ‘If the tempting feeling of ‘buy now, pay later’ is running through your bones right now . . . pack it in.’ 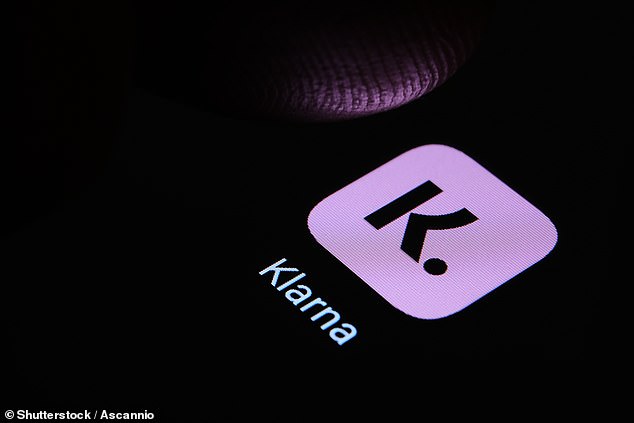 The sector has continued to grow at a galloping pace since ministers pledged to regulate it. Klarna has more than 15 million UK customers and more than 250,000 retailers on its books

Broadcasting to 22,300 people, she says that £200 left her account as soon as her student loan arrived after staggering payments for an Apple Macbook.

In the video, she says: ‘Have I learnt from my mistakes? Absolutely not, because I’ve just placed an Asos order.’

Myron Jobson, personal finance campaigner at wealth platform Interactive Investor, says: ‘The explosion of this form of lending underlines the importance of financial education from a young age.’

Stella Creasy, the Labour MP for Walthamstow, says: ‘Millions are getting into debt using BNPL to make ends meet without any protection — there can be no excuse for this delay and the Chancellor must intervene.’

Aspiring homeowners have been refused loans after lenders have spotted BNPL companies on their bank statements.

And as many as two million shoppers were thought to have damaged their credit scores through the services by January last year, according to consumer group Which?.

Klarna and Clearpay say they have never reported on shoppers’ credit files if they have missed payments on their BNPL products.

Spokesmen for lenders Klarna, Laybuy and Clearpay all say that they fully support the regulation of the sector.

Alex Marsh, of Klarna UK, says: ‘Our BNPL products are interest- and fee-free and are designed to keep people out of debt with clear upfront payment plans.’

Gary Rohloff, of Laybuy, says it conducts hard credit checks on customers and has always worked with credit reference agencies.

A Clearpay spokesman says: ‘Customer protection is at the core of our service, with no interest, accounts frozen at the first sign of mispayment and our revenue generated from the merchant.’