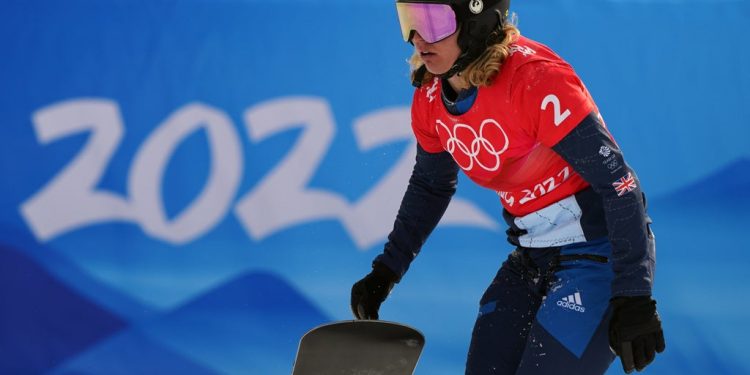 Charlotte Bankes exited the Beijing Winter Olympics without a medal after finishing fifth in the mixed team snowboard-cross competition with team-mate Huw Nightingale at Genting Snow Park on Saturday.

The 26-year-old Bankes arrived in the Chinese capital as reigning world champion and one of Britain’s best medal hopes but fluffed her lines in the individual event and was knocked out in the quarter-finals on Wednesday.

Bankes also missed out in her second chance despite her and Nightingale successfully negotiating their initial quarter-final heat of the event, in which the women follow the men with handicapped start-times.

Bankes recovered a deficit of one and half seconds to win her quarter-final heat but could not repeat the feat in the semi-final, before recovering to finish second in the ‘small final’ to secure the fifth-place finish.

Bankes admitted the disappointment of the individual event still weighed heavily on her mind.

“I’m not quite over it but I’ve been coming out here with the team today and the team’s worked amazingly well to get me back on it,” she said.

“It was good motivation to just have a good race today and not focus on what’s happened beforehand.”

Lindsey Jacobellis won her second gold medal of the Games as she teamed up with Nick Baumgartner to beat Italy over the line, with the Canadian duo recovering after an early fall to take the bronze medal.

It capped a remarkable Games for 36-year-old Jacobellis, who made up for her near-miss at the 2006 Olympics in Turin by winning the individual event, and even had time to perform her trademark board-grab – the same move that cost her gold 16 years ago – on her final jump.

Mom’s Boyfriend Killed Her Son While She Was At Work – So SHE Was Convicted Of Murder!