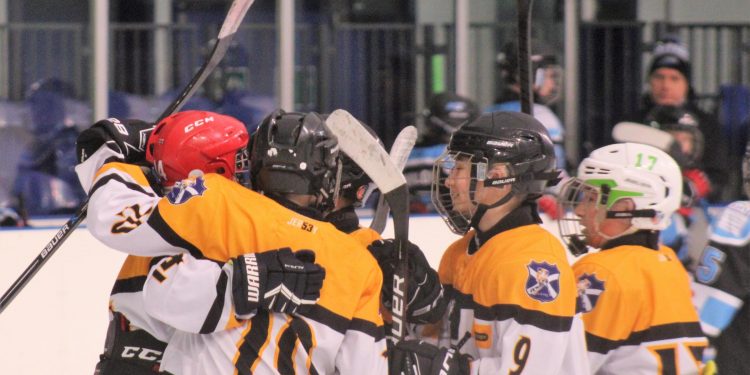 The under-14 side welcomed Lanarkshire Lightning to Stevenston hoping to follow up a convincing win in the previous meeting between the sides.

It did not take long for the hosts to take the lead with a well taken goal from Lennon Deeney, before the away side rallied to level.

Stars regained the lead thanks to Eithan Conlan and then extended their lead through Ashton Lomas to go in at the end of the first period with a 3-1 lead.

In the second period, Lanarkshire quickly pulled a goal back early on, before Deeney scored his second to restore the Stars two goal lead.

Lanarkshire then reduced the deficit, before Deeney completed his hattrick with a shorthanded goal.

Star’s Rocco Murray then got in on the act making the score 6-3 to the Stars at the end of the second period.

In the third period, Lanarkshire brought the score back to 6-4, which is how it ended at Auchenharvie Ice Rink.