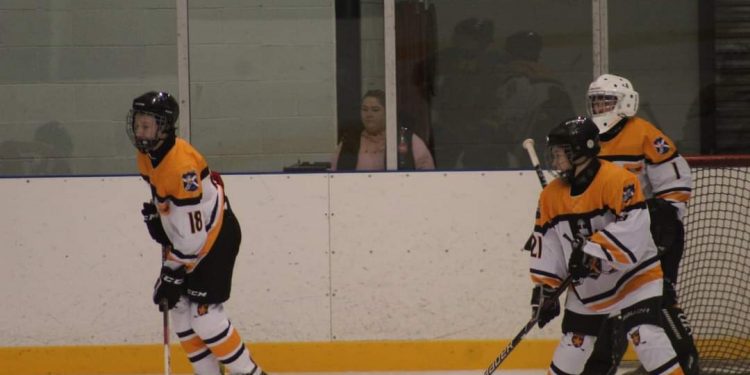 North Ayrshire Stars kept their title charge on track as they picked up another win at the weekend.

The NAIHC U14’s side started brightly in the first period and soon took advantage of their early dominance to take the lead.

Jack Malcolm fired the hosts ahead in the opening stages against the Giants.

The Stars then pushed onto quickly double their lead, Lennon Deeney scoring to put them 2-0 up at the interval.

In the second period, both sides drew a stalemate with both netminders on excellent form.

In the third period, the away side came out all guns blazing to try and get back into the game.

They got their reward when they pulled a goal back midway through the period to half the Star’s lead.

Despite being pegged back the hosts reacted well and were unlucky not to extend their lead further.

In the end the full time whistle blew with the Stars picking up an important 2-1 win to keep their push for the league title on course.

Elsewhere at NAIHC, their U16’s side, the Predators, were also in action against Belfast Junior Giants.

The first period ended goalless with the hosts having to wait until the second period to break the deadlock.

It was Malcolm who opened the scoring from just inside the blue line before setting up Lewis Crozier who netted to give them a 2-0 lead at the interval.

In the third period, the Predators put the Giants to the sword with goals from Rocco Murray and Flynn Massie cancelling out a late consolation in a 4-1 win.