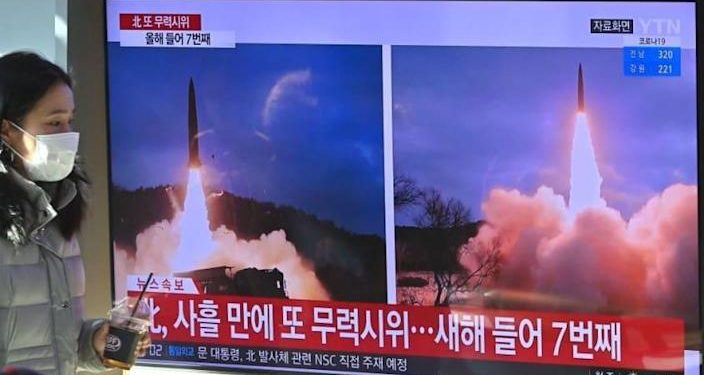 
North Korea on Monday confirmed that it test-launched an intermediate-range ballistic missile on Sunday that is capable of reaching Guam.

The state Korean Central News Agency said the Hwasong-12 missile was tested in order to verify its accuracy. This was North Korea’s most significant weapon launch in five years, The Associated Press reports, and comes at the end of a month that saw seven rounds of missile launches.

South Korea and Japan both assessed that the missile flew 497 miles, reaching a maximum altitude of 1,242 miles. It landed in the waters between Japan and the Korean Peninsula.

Nuclear talks are stalled between the United States and North Korea, and some experts believe North Korean leader Kim Jong Un is using these missile launches to get President Biden’s attention, with the hope he will ease sanctions.

Cheong Seong-Chang, an analyst at the Sejong Institute in South Korea, told AP that if the U.S. imposes new sanctions on North Korea because of Sunday’s test, it’s likely that Pyongyang will test-launch its existing long-range missile. Other experts believe the matter could escalate even further, with a nuclear test conducted.

The fantasy of a Trump-slaying Republican

The spectacular risk of cryptocurrency investing