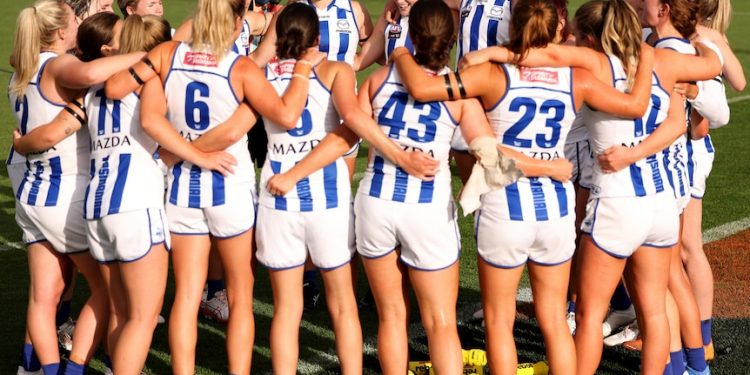 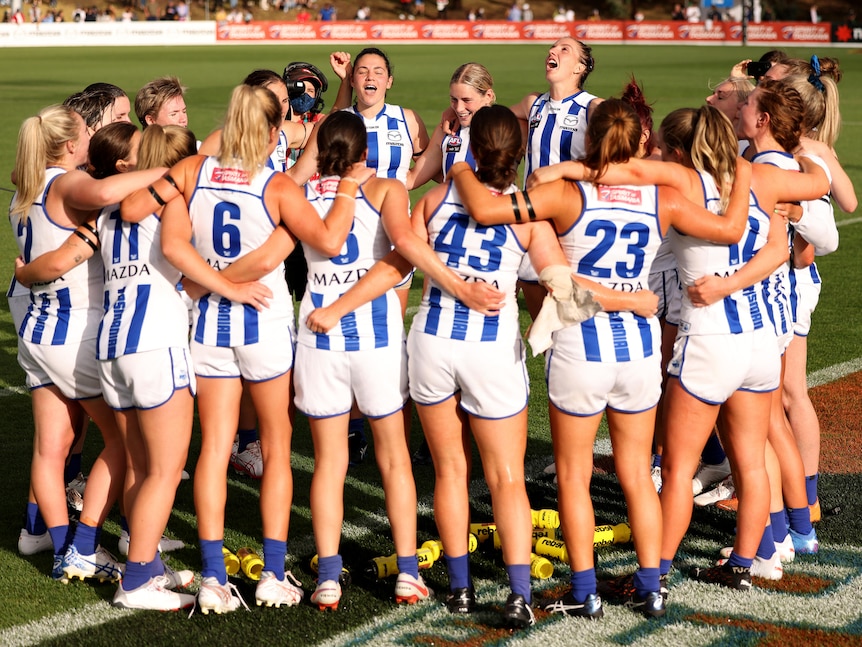 North Melbourne have come from behind to avoid a major upset and beat much-improved Geelong by eight points in their AFLW opener.

The Cats kept the Kangaroos scoreless through the second term and well into the third on Saturday at Arden Street Oval, before North kicked the last three goals of the match to win 4.2 (26) to 2.6 (18).

It was a bruising match, with Geelong’s Chloe Scheer forced off the field in the third term with an accidental head knock.

The Kangaroos’ Kim Rennie also landed heavily and hit her head when she flew for a mark late in the match.

After a few minutes, she was able to walk off the field, while Geelong captain Meg McDonald missed part of the last quarter with a leg problem.

In round one last year, North walloped Geelong by 62 points — it was the Cats’ biggest loss and their lowest score.

The Cats were a vastly different proposition on Saturday, taking it up to North with relentless pressure.

Kangaroos captain Emma Kearney was forced to miss her first AFLW game after she fell ill with COVID-19.

But teammate Jenna Bruton kicked the first goal of the game late in the opening term and North kept the Cats scoreless to hold an eight-point lead at quarter time.

Geelong scored the only two behinds in a bruising second term, with their defence holding firm under massive pressure.

Goals to Phoebe McWilliams and Julia Crockett-Grills in the third term gave the Cats an eight-point break and they were smelling blood.

Mia King and Kaitlyn Ashmore, who was forced off the field earlier in the game with an ankle injury, then goaled in the last term to seal the win.

Amy McDonald impressed for the Cats, and Georgie Prespakis, in her AFLW debut, also was among their best with 20 disposals.