North Melbourne’s Ben Cunnington has had a setback in his cancer battle and needs a nine-week course of chemotherapy.

But the Kangaroos said the midfielder was expected to make a full recovery.

The club released a statement on Saturday saying Cunnington had undergone a routine post-surgery check that had detected a secondary cancer.

Cunnington had surgery in July for a testicular tumour. 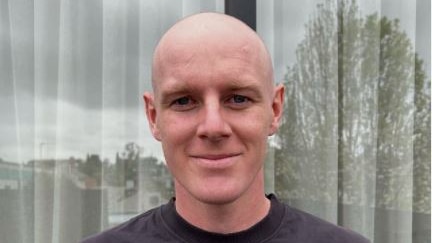 Carlton co-captain Sam Docherty gives an up update on his battle with testicular cancer as a number of AFL players shave their heads in support of Docherty and the Peter Mac Cancer Foundation.

Like Cunnington, the setback came after Docherty had surgery late last year for testicular cancer.

Cunnington has played 227 matches for North Melbourne since making his AFL debut in 2010.

He managed 19 matches in the 2021 season, but was diagnosed with cancer in July and had to stop playing after round 19 because of his operation.

Cunnington finished runner-up in the voting for the Kangaroos’ 2021 best and fairest award.

He made an emotional speech at the online event in early October, thanking those who had supported him during his health crisis.

“Just to have the support from the club, the players and my beautiful family — I couldn’t have done it without them,” Cunnington said.

“You think you’re a bit more alone, but the support from everyone at the top of the club to the fans stuck at home, it’s been huge.

“It actually helps me smile and makes me want to keep continue playing for this great club.

“It means more than I ever thought.”

The genes behind the venom: New technique revolutionizes venom research

The genes behind the venom: New technique revolutionizes venom research