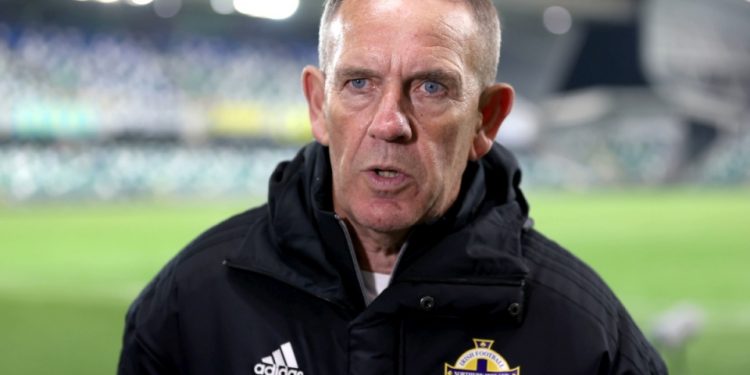 Northern Ireland boss Kenny Shiels’ has apologised for saying women’s teams concede goals in clusters because they are “more emotional than men”.

Yvonne Harrison, chief executive at Women in Football, said she felt like the clock had been turned back “30 years” after hearing Shiels’ remarks.

Shiels’ comments came after he had seen his side concede four goals inside 27 second-half minutes during Tuesday night’s 5-0 World Cup qualifier defeat by England in Belfast, prompting criticism to which he responded on Wednesday afternoon.

In a statement, he said he was sorry for any offence his comments may have caused.

In the week that Cristiano Ronaldo knocked the phone out of a young fan’s hand, Kenny Shiels says that women don’t take conceding goals well as they’re more emotional than men. pic.twitter.com/iv3FP9dTdI

“Last night was a special occasion for the women’s game in Northern Ireland and I am proud to manage a group of players who are role models for so many girls, and boys, across the country.

Harrison said she was aware Shiel’s team had just been beaten 5-0 by a very strong Lionesses team and that’s not easy to take.

“But … the comments are very unhelpful and not particularly inspiring to young girls and boys who were watching that game and think that’s OK to talk like that.”

Harrison pointed to greater investment in sports psychology in the men’s game, but also to goals scored in quick succession in Chelsea’s 6-0 Premier League romp at Southampton and Tottenham’s 4-0 win at Aston Villa on Saturday.