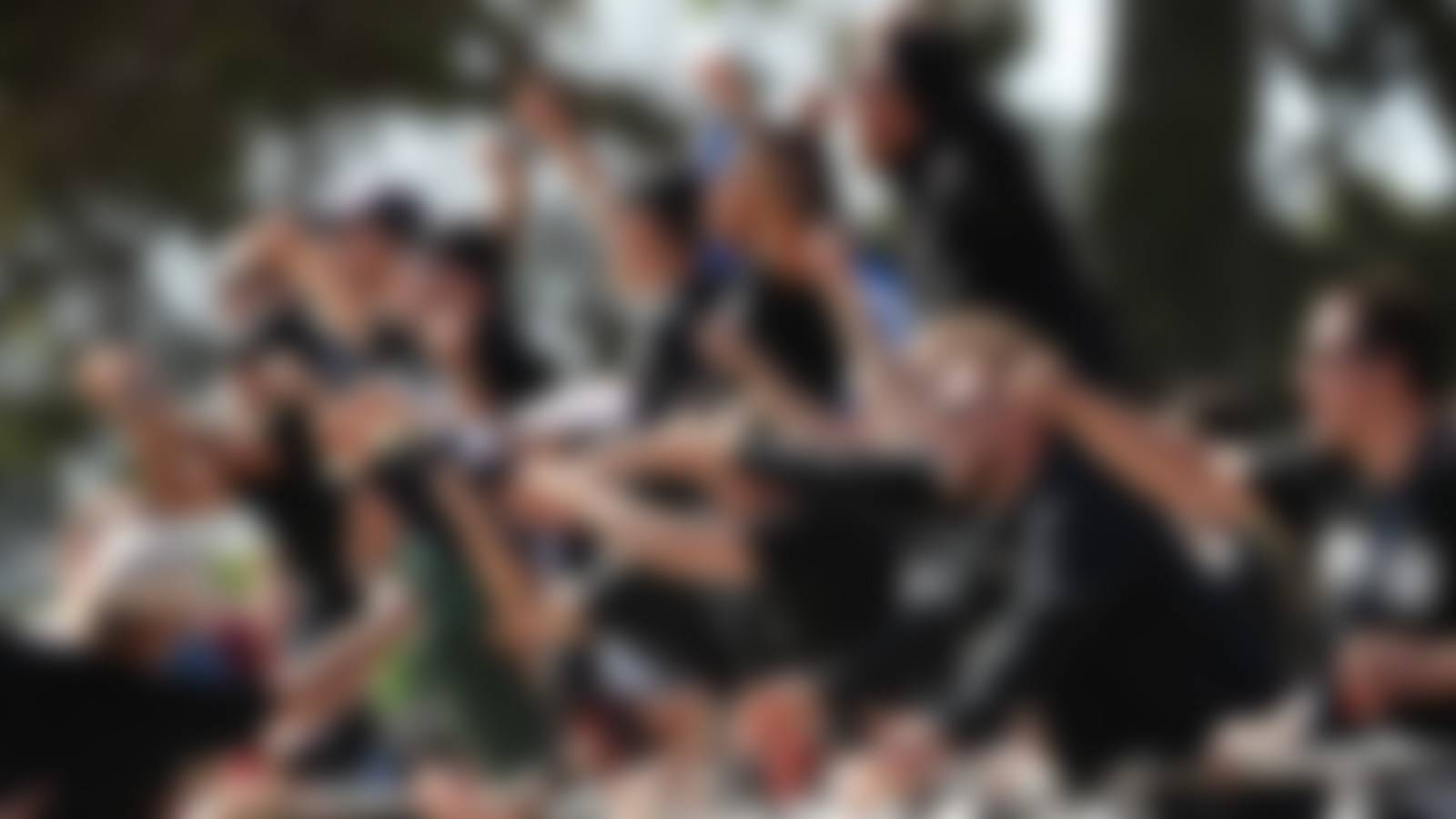 Melbourne City’s remarkable W-League turnaround against Melbourne Victory has been overshadowed by a group of Victory fans who hurled bottles and abuse at City and Matildas goalkeeper Teagan Micah.

Late in Sunday’s game at Epping Stadium, play had to be stopped for several minutes as referee Danielle Anderson, City captain Emma Checker and Victory skipper Angela Beard attempted to calm the crowd down.

It took the gloss off City’s thrilling 3-2 win, which was a remarkable turnaround from their 6-0 loss to the same team a week earlier.

“The behaviour of the fans at the match was not acceptable,” Micah said on Twitter post-match.

“I am all for supporting football and the women’s game.

“However, it is simply unacceptable to have glass bottles thrown at me.

“The ground officials and security must do better to protect us.

“Reports will be filed, something has to be done before a player is seriously harmed.”

“Come here, support your team, that’s brilliant … but to throw things at a goalkeeper, a female goalkeeper – and she’s a Matilda – I don’t think that’s the right way of dealing with the situation,” he told reporters.

“… (Micah’s) OK. She was a little bit shaken. When someone starts throwing bottles at you, obviously it’s not nice.

“This game is televised to America, to China and some other countries and for that to be seen overseas, it just doesn’t paint a good picture.”

“Hopefully we’ll deal with that as a club and make sure that doesn’t happen again. It’s not a good look at all,” Hopkins said.

Professional Footballers Australia condemned the incident and welcomed the league’s commitment to a full investigation.

“The players, like all workers, have a basic right to safely undertake their profession,” PFA co-chief executive Kathryn Gill said.

“Clearly today that was not the case and we are relieved no-one was injured.”

The game itself was a goal-filled thriller with Micah making multiple superb saves.

Chidiac then slipped a ball through for City teammate Harriet Withers to score the winner in the 86th minute.

Victory’s Lisa De Vanna (hamstring) missed the clash, while City defender Jenna McCormick was forced off in the second-half with a head knock.

Later on Sunday evening, Newcastle and Brisbane rounded out the weekend’s action with a 1-1 draw.

Tara Andrews headed Newcastle to the lead in the 16th minute before Matildas winger Emily Gielnik equalised with her first goal of the season in the 54th.

Earlier in the round, Mackenzie Hawksby and Ellie Brush scored as Sydney FC took outright top spot by beating Western Sydney 2-0 on Saturday.

Who has been arrested for the Capitol riots?

UFC 257: Conor McGregor vs Dustin Poirier start time in Australia, what time does it start?

Who has been arrested for the Capitol riots?

Prince death anniversary: Five years later, his beloved Minneapolis has been in turmoil

Want to retire abroad? Here’s everything you need to know about taxes