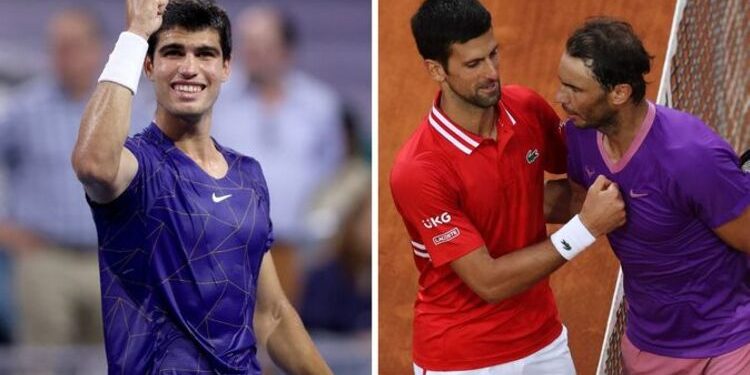 
Carlos Alcaraz has warned Novak Djokovic and Rafael Nadal that he’s eyeing the world No 1 spot and is hoping to challenge them for it. The 18-year-old became the second-youngest man ever to reach the Miami Open final and has a chance to become the tournament’s youngest winner on Sunday.

Alcaraz has enjoyed an impressive start to the 2022 season, losing just two matches so far at the Australian Open and Indian Wells. He became the youngest-ever ATP 500 champion when he won the Rio Open in February and could become the youngest champion at Masters 1000 level by defeating Casper Ruud in the upcoming Miami Open final.

The young Spaniard has already exceeded even his own expectations for the season, initially aiming to crack the world’s top 15 by the end of the year – a feat he will achieve when the rankings update on Monday after his run in Miami so far. He has the second-highest winning percentage on the tour this year behind Nadal and is now readjusting his goals after a stellar start to 2022.

Having initially eyed the world’s top 15, the two-time title winner has now set his sights on the very top of tennis, sending a warning to current world No 1 and other top players including Nadal that he was “trying hard” to reach the top of the rankings.