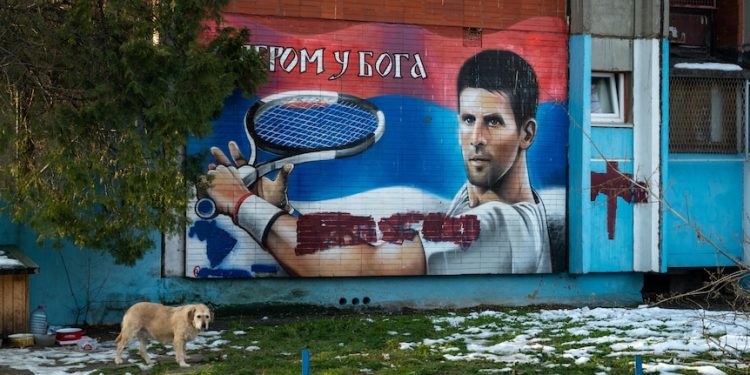 
Novak Djokovic has lost a bid to stay in Australia after the Federal Court upheld the government’s decision to cancel the tennis star’s visa.

A judicial review of Alex Hawke’s decision to cancel the tennis star’s visa was heard by the full bench of the Federal Court today.

In a short hearing just before 6pm AEDT, the court ruled against Djokovic. It was a unanimous decision of the three judges.

The Serbian star, who now faces deportation, released a statement shortly after the decision saying he was “extremely disappointed” with the ruling.

“I respect the court’s ruling and I will cooperate with the relevant authorities in relation to my departure from the country,” he said.

“I am uncomfortable that the focus of the past weeks has been on me and I hope that we can all now focus on the game and tournament I love. I would like to wish the players, tournament officials, staff, volunteers and fans all the best for the tournament.”

LIVE BLOG: Follow our blog on Novak Djokovic’s fight to stay in Australia for the latest updates.

Chief Justice James Allsop stressed the court was ruling on the lawfulness and legality of the decision, not whether it was the right decision.

“It is no part of the function of the court to decide upon the merits or wisdom of the decision,” the judge said.

He said the court would not be in a position to deliver its reasons today.

Djokovic has been ordered to pay costs.

He will now be replaced by a so-called “lucky loser”, randomly drawn from the four highest ranked players who lost in the final round of qualifying.

There will be no change to seeds or the rest of the playing schedule.

Today’s decision is the culmination of a weeks-long saga over the Serb’s visa.

The men’s world number one arrived in Australia just before midnight on January 5, had his visa cancelled by Border Force officials shortly after, then had it reinstated by a Federal Circuit Court judge in a hearing last Monday. In Serbia Novak Djokovic is not just a tennis star, he’s a national hero who has brought hope and light to the country after dark times, Isabella Higgins writes from Belgrade.

Djokovic’s lawyer’s disputed that decision, taking it to court for judicial review.

In the Federal Court today, Djokovic’s lawyers accused the minister of producing no evidence to back his claim that Djokovic’s presence in Australia would incite anti-vaccination sentiment. They also argued it was irrational, illogical or unreasonable for the minister not to consider that deporting Djokovic could whip up the same sentiment.

Djokovic’s lawyer Nick Wood said Mr Hawke had misinterpreted media reports about Djokovic’s views on vaccination, and the level of support he receives from anti-vaccination groups.

He was particularly critical of the minister’s reliance on a BBC article as evidence Djokovic opposed vaccines. He argued the article was written before vaccines were available, and it actually showed Djokovic had an open mind and did not believe himself to be an expert. He criticised the minister’s failure to ask Djokovic himself about his views.

But the minister’s legal team argued there was ample evidence of Djokovic’s “well-known stance” on vaccination — including the fact he had refused to get vaccinated himself – and that the minister had no obligation to ask Djokovic about his views.

They said Djokovic could not prove the minister had not considered the possibility that deporting him could also stir up anti-vaccination sentiment, and even if he did not consider that outcome, that would not amount to an error on his part.

Prime Minister Scott Morrison thanked the court for its prompt dealing with the matter.

“Strong borders are fundamental to the Australian way of life, as is the rule of law,” he said.

“Our government has always understood this and has been prepared to take the decisions and actions necessary to protect the integrity of our borders.”

But the opposition said the drawn-out saga was preventable and embarrassing.

“Scott Morrison has made himself a laughing stock on the world stage through a litany of failures,” Shadow Home Affairs Minister Kristina Keneally said.

“He and his government mishandled Novak Djokovic’s case, undermined Australia’s border security settings, and provided a lightning rod for the anti-vaccination movement.

As the decision was delivered, Djokovic fans huddled outside the Federal Court to watch on via YouTube.

One fan said he felt “very sad” at the decision to dismiss the player’s appeal.

“Novak come here to play tennis. I can’t understand what kind of threat Novak [is] to this country,” he said.

Key dates in the Djokovic saga