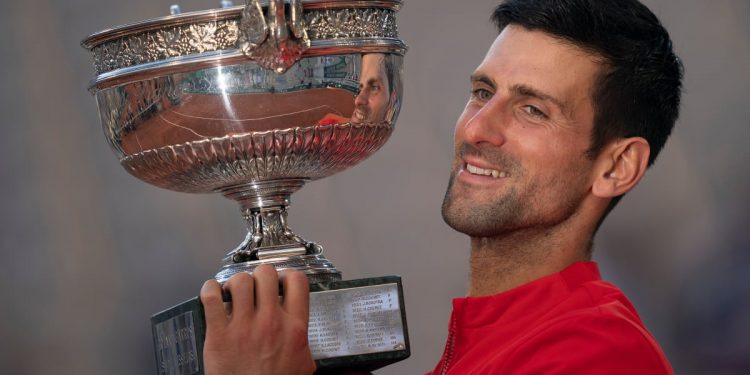 Novak Djokovic said he is willing to forgo the French Open and Wimbledon this year if vaccination against COVID-19 continues to be a requirement for participation.

In an interview with the BBC, the Serbian tennis star confirmed that he has not yet had the vaccine, although he is “keeping [his] mind open.”

But when asked specifically if he was prepared to skip the next two majors, Djokovic said, “Yes, that is the price that I’m willing to pay.”

“Because the principles of decision making on my body are more important than any title or anything else,” Djokovic told the BBC. “I’m trying to be in tune with my body as much as I possibly can.”

“… I understand the consequences of my decision. I understand that not being vaccinated today, I am unable to travel to most of the tournaments at the moment.”

The interview comes just one month after the saga at the Australian Open where Djokovic was deported from Australia after the government canceled his visa. While claiming that the government deported him because his presence could have sparked “civil unrest,” Djokovic said he does not associate himself with the anti-vaccination movement.

“I have never said that I am part of that movement,” Djokovic said. “… I was never against vaccination. I understand that globally, everyone is trying to put a big effort into handling this virus and seeing, hopefully, an end soon to this virus.”

It is not yet clear whether Djokovic’s unvaccinated status would rule him out of competing at Roland-Garros. According to The Associated Press, the French government recently announced that it is aiming to potentially lift its vaccine requirement by the beginning of April.

The 34-year-old is the defending champion of both the French Open and Wimbledon, and has won 20 Grand Slam titles in his career, just one behind of Rafael Nadal for the men’s all-time record.

The French Open begins May 22, while Wimbledon starts June 27.