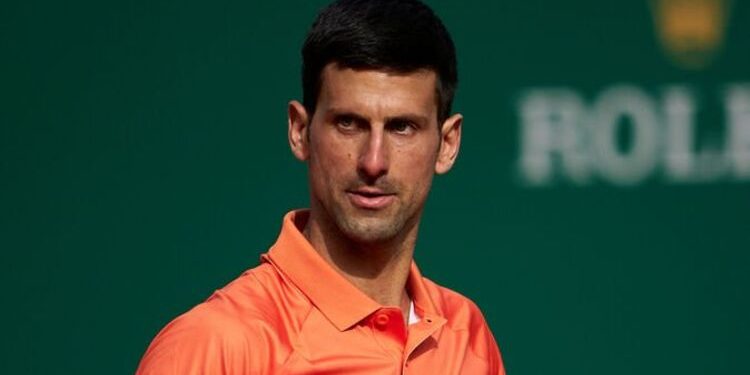 
Novak Djokovic insists that the French Open remains his ‘ultimate goal’ this clay-court season after falling to a disappointing defeat at the Monte Carlo Masters. The Serb’s display showed that he will need more time to get up to speed after a rocky few months on and off the court, although time is running out before the action gets underway at Roland Garros.

Kicking off his Monte Carlo campaign on Tuesday, Djokovic’s first foray into this clay-court season didn’t exactly go to plan. World No. 46 Alejandro Davidovich Fokina took control from the outset, and although the 20-time Grand Slam champion pulled a set back, the Spaniard took the match in three.

It was Djokovic’s second tournament since his well-publicised Australian Open fiasco which saw him deported over Covid vaccination concerns. The Dubai Tennis Championships, back in February, also saw him crash out early as Jiri Vesely claimed a straight-sets victory.

The nature of the 34-year-old’s first competitive action of the year on clay does not bode well for his French Open campaign which is due to get started in just over a month. Still, the world No. 1 has urged patience and insists that a strong showing at Roland Garros remains his ‘ultimate goal’.

“I knew a few days ago when I spoke to you that it’s going to take some time for me to really feel my best on the clay,” he said, “That’s historically always been the case. I have never played very well in the opening tournaments of the clay season.

“But it’s okay. Obviously it is what it is. I have to accept the defeat and keep working and hopefully build my form for Roland Garros. I am testing my engine, so to say, and building my game, so it will take obviously some time, some matches to really get in the groove and find the competitive play that I really need. Roland Garros is the ultimate goal in clay court season.”

Next time out Djokovic is scheduled to compete at the Serbian Open, his home tournament, which runs from April 18 to April 24. Hosted at the Novak Tennis Centre, he has won the event on two prior occasions and is expected to kick it up a notch on home turf. After defeat to Davidovich Fokina, Djokovic reflected on his own performance but also found the optimism to look ahead to Belgrade.

“I’m disappointed,” he admitted. “No one likes to lose. We’re professional athletes. This is what we do. We go out on the court to compete and try to win against each other.

“I didn’t like the way I felt physically in the third set. I just ran out of the gas completely. Just couldn’t really stay in the rally with him. If you can’t stay in the rally, not feeling your legs on the clay, it’s mission impossible.

“So I don’t like that feeling I experienced in the third set but I’m going to look with my team into reasons why that was the case and go back to the drawing board and hopefully next week will be better in Belgrade.”

International companies pull out of Russia following invasion of Ukraine