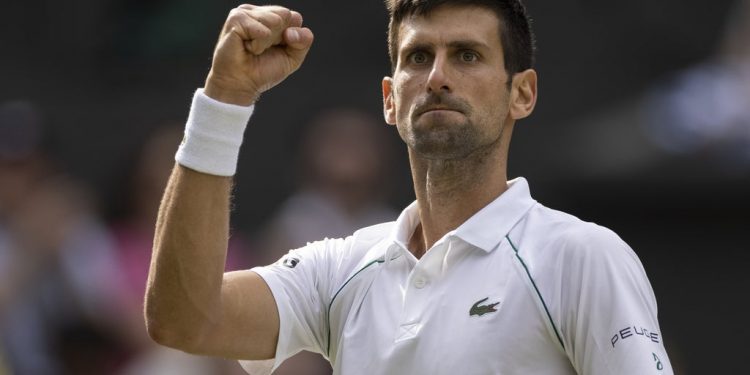 Novak Djokovic is still facing the prospect of deportation despite winning an appeal against a decision to refuse him a visa in the Federal Circuit Court of Australia ahead of the Australian Open.

Judge Anthony Kelly quashed the visa cancellation and ordered the Australian Government to pay legal costs and release Djokovic from detention within half an hour.

But Minister for Immigration Alex Hawke is still considering whether to exercise a personal power of cancellation of Djokovic’s visa in a process that could drag on for a number of days.

Meanwhile Djokovic’s uncle Goran Djokovic claimed Australian officials were urging Djokovic to give up his battle or risk being given a three-year ban from entering the country.

A spokesman for Minister Hawke, in a statement released to AAP said: “Following today’s Federal Circuit and Family Court determination on a procedural ground, it remains within Immigration Minister Hawke’s discretion to consider cancelling Mr Djokovic’s visa under his personal power of cancellation within section 133C(3) of the Migration Act.

“The Minister is currently considering the matter and the process remains ongoing.”

It is understood that previous reports that Hawke has a four-hour window in which to consider cancellation of Djokovic’s visa is redundant because it would only have applied had he been re-interviewed.

As supporters gathered outside, Djokovic remained holed up in the court building with his lawyers, with the world number one’s furious uncle accusing the authorities of treating the player like a “wolf in the mountains”.

Goran Djokovic told GB News: “We are supposed to celebrate a win over the Australian State, but unfortunately that is not true because Novak is still in the office of the court building.

“The State lawyer is threatening that (Hawke) can over-rule the decision of the court and arrest him again.

“Also, they have told him personally that it is better to leave Australia immediately, or they can ban him from getting into Australia for the next three years.

“I cannot believe it is happening. If Novak is not coming they are supposed to say that, please don’t come, but they issue a visa for him and then they arrest him.

“For me he is being treated like an animal, like a wolf in the mountains – they invite him to come and they trap him and put him into jail and try to put him on his knees – but it is not possible.”

John Stamos Mourns Bob Saget: “I Am in Complete and Utter Shock”

Hackers are mailing out USB drives infected with ransomware

Hackers are mailing out USB drives infected with ransomware