This month’s design news finds beauty in surprising places. Preston’s bus station is one of them: discover why this 1960s depot has received a prize from the World Monument Fund. A raffle to help refugees could put some work by Turner Prize winning artists on your wall and, finally, learn about a trainer that designers are hoping will turn into compost. Because beauty is more than skin deep.

For more news on architecture, sustainable living, art, fashion and new ideas, sign up for our monthly newsletter here

Postcards are a great way to remind you of a place, time or trip, a function that takes on new meaning if you’re talking about refugees. This is why Art Refuge, a charity that supports people displaced by conflict, is holding an exhibition of postcard-design artworks to raise funds for its valuable work.

As well as providing art therapy, the charity gives crisis support to refugees in Paris, Calais and Folkestone; supplies training and support for volunteers and carers; and raises public awareness of the refugee crisis. A situation which gets steadily worse. The upcoming exhibition, called Wish You Were Here, includes colourful, creative works by Jeremy Deller, Grayson Perry, Julian Opie and Eileen Cooper. There are 150 works in total and you can enter a raffle to win one and raise some money. It’s hard to think of many better causes this Christmas.

Wish You Were Here is at Yorkton Workshops, East London, from 1-4 December

Hard to believe that Italian design company Alessi celebrates its 100th anniversary this year, perhaps because few family-owned firms, steeped in decades of tradition, have been so successful at embracing the new.

Giovanni Alessi started the company back in 1921 to make coffee pots and trays – he came from a long line of metalworkers. It was his son, Carlo, whose eye for the style trends of the 30s and 40s transformed the company’s products from objects of quality to objects of design. Then Carlo’s son Alberto completed the transition to designer company. Coming on board in 1970, Alberto wanted the company to produce “art multiples” and had a vision of Alessi as the successor to Bauhaus and Arts and Crafts. Under Alberto, the crème de le crème of design talent – Achille Castiglioni, Ettore Sottass – created the kitchen accessories of 80s excessive dreams. His biggest coup, though, was employing the new, young designers coming through in the early 90s. It was Marc Newson, Jasper Morrison and Ron Arad who created the playful, plastic, brightly coloured bowls and condiment sets. Those works will forever be a part of 90s culture – stylish and affordable homeware that brought a new sense of fun and identity to the high street.

Alberto is still at the company helm, and to celebrate the family business centenary he has created the Alessi 100 Values Collection. Each month celebrates a different facet of Alessi with a previously unreleased design or new version of an Alessi classic. October’s launch was the coffee maker – with Richard Sapper’s 9090 manico forato and Aldo Rossi’s La conica manico lungo espresso makers. November saw the first production of the Bulbul kettle by Achille Castiglioni and December will bring the Juicy Salif Study n3, a research sample of Philippe Starck’s iconic juicer.

While windows have functional and aesthetic purpose in every culture, in Japan the prevalence of sliding windows and doors can change the shape of a building with a single movement. This architectural significance is celebrated in Windowology, a new exhibition at Japan House in London. The show is curated by architectural historian and critic Igarashi Taro, working with the Window Research Institute in Tokyo (yes, the foundation is dedicated to studying the importance of windows) and includes a full-scale replica of a 17t- century architectural plan of Yōsuitei teahouse in Kyoto to discover how windows are used to enhance the experience of the tea ceremony via light and breeze.

The exhibition also shows how certain cultures adopt particular windows, such as the tilt and turn windows in Germany and full-length French windows that open up a room. The significance of windows as plot points in film and a window-themed art installation blurring the lines between visitors and the outside world will also be on display.

“Allowing us to see the world outside as well as in, windows are intimately linked to our everyday lives and physical actions,” says Igarashi. “Now more than ever, windows play a vital role in connecting us with each other and our wider communities.”

Puma is currently working on a biodegradable version of its iconic suede trainer. The Re:Suede is made from suede tanned without heavy metals, biodegradable TPE (thermo plastic elastomer) and hemp. This isn’t the end of the story – from January 2022, 500 volunteers in Germany will wear the Re:Suedes for six months to test out their durability. Puma will then take back the trainers to see if they can be turned into compost for agricultural use.

Puma’s first experiment with biodegradable sneakers, InCycle in 2012, was discontinued due to the need for further research and development. This year has seen the company make a push on eco projects, with the Designed to Fade sportswear using bacteria dye and a manufactured-on-demand model to reduce waste also launched.

The Re:Suede experiment is the first circular programme to launch under Puma’s ‘Circular Lab’ – led by Puma’s sustainability and design experts.

“As they say, with every challenge there’s an opportunity,” said Heiko Desens, Puma’s creative director. “We hope that progress made during the Re:Suede experiment will help us raise the bar in circularity testing – enabling our consumers to make better fashion choices in the future, so their sneakers can go ‘from suede to soil’, without compromising on style or durability.”

Britain’s bus stations are not synonymous with award-winning design, so well done to Preston’s local depot, which has just won an international prize. The World Monuments Fund has presented the 2021 WMF/Knoll Modernism Prize to John Puttick Associates for a thoughtful and detailed conservation of Preston Bus Station.

When it opened in October 1969, Preston was Europe’s largest bus station, an exemplar of brutalist architecture and of post-war transport planning. With its exposed concrete structure and integrated bus and taxi facilities, it was seen as a meeting place for local people and a hub for the Central Lancashire new town.

By 2012, it was under threat of demolition, the appeal of brutalism and coach travel having declined along with the building. But a local campaign saw the station placed on the World Monuments Watch List and, by 2015, restoration was underway. John Puttick Associates updated infrastructure and restored the civic role of the original bus station with improved pedestrian access and relocating waiting areas to face a new communal square.

“Preston Bus Station is the largest project honoured by the World Monuments Fund/Knoll Prize and the first at the scale of regional infrastructure,” said Barry Bergdoll, art curator and jury chair of the prize. “The complex’s respectful restoration represents not only appreciation of the modernist commitment to creating dignified monuments for basic civic functions, but the 21st century’s need to adopt sustainable rehabilitation of inherited structures. It’s an achievement for Lancashire and an exemplar for other cities.”

The annual Dezeen Awards were announced last week. Among the winners was Snøhetta for a sustainable design project that the Norwegian studio has worked on with Belgian designer Studio Plastique and Italian manufacturer Fornace Brioni. Forite is a collection of glass tiles made from recycled glass components recovered from kitchen appliances. Electronic waste (e-waste) is a vast and growing category of rubbish, difficult to recycle and extract components. These beautiful terrazzo-style tiles give value to discarded materials and also recycle silicate, a finite mineral resource. Around 55 million tonnes of e-waste is created worldwide each year and nine million tons of non-recycled glass.

The Dezeen judging panel – which includes Olafur Eliasson and Chrissa Amuah – commented: “Studio Plastique has taken an underexplored waste stream and found a clever solution with wide-ranging applications in these glass tiles. The product takes a ubiquitous source of waste to which we can all relate. We pay for end-of-life disposal but these tiles fulfil a design-to-design loop that is rarely found in repurposed materials.” 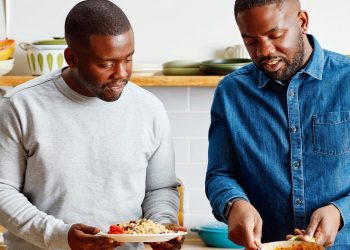 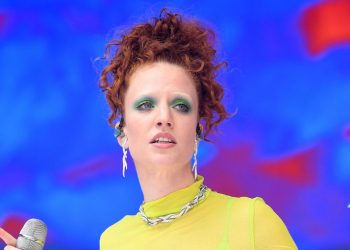 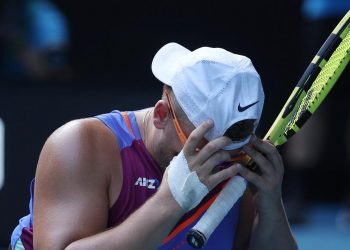 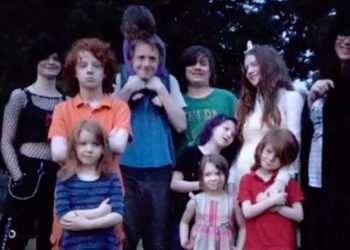