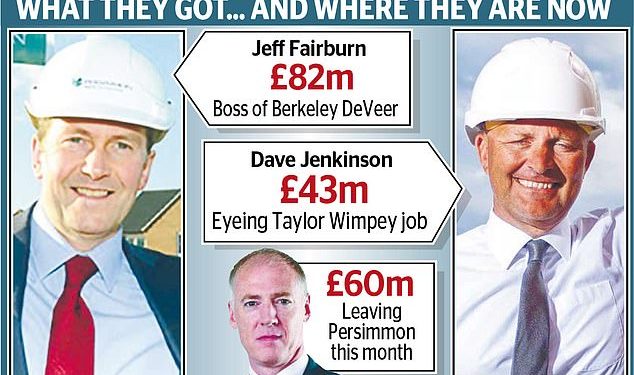 Elliott Advisors could resurrect the career of yet another controversial former Persimmon chief executive.

The ruthless activist investor is already bankrolling Jeff Fairburn, Persimmon’s former boss who was ousted after scooping a £82million bonus, in his role as chief executive of housebuilder Berkeley DeVeer.

It is now eyeing up Dave Jenkinson, who pocketed £43million under the same bonus plan, as a potential candidate to be the chief executive of housebuilder Taylor Wimpey. 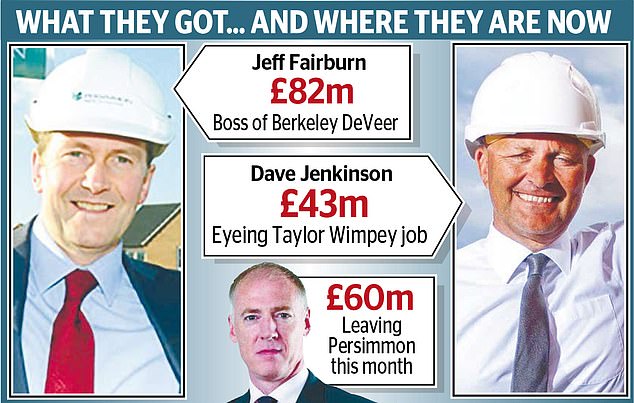 Elliott, which is run by 77-year-old Paul Singer and is also agitating for change at pharma group Glaxosmithkline and energy giant SSE, revealed it owned a stake in Taylor Wimpey last month.

Its arrival on the share register immediately caused a stir as longstanding chief executive Pete Redfern said he would step down.

The US hedge fund has been demanding a shake-up ever since.

In an open letter to the board, it criticised the directors for ‘a series of operational and strategic missteps’ which had caused ‘persistent share-price underperformance’.

Elliott, which is infamous for its aggressive approach when calling for change at the companies it invests in, said Taylor Wimpey must run a ‘transparent and thorough’ process to find a chief executive, focusing on external candidates.

It is understood that names suggested by Elliott include Jenkinson as well as Crest Nicholson boss Peter Truscott and Barratt Developments’ deputy chief executive Steven Boyes.

The decision to include Jenkinson has rattled some top Taylor Wimpey shareholders.

Several are still smarting over the near-£200million bonuses which Fairburn, Jenkinson and finance boss Mike Killoran received when they were at Persimmon.

One top-ten investor in Taylor Wimpey said: ‘When Jenkinson’s name appeared in the running for the role of chief executive, I did balk. You would rather there wasn’t any sort of taint that could be thrown at the company. 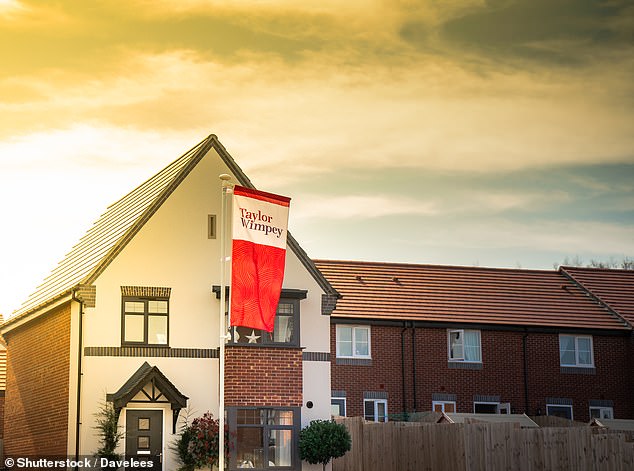 On the cards? Elliott Advisors is eyeing up Dave Jenkinson as a potential candidate to be the chief executive of housebuilder Taylor Wimpey

‘Clearly Taylor Wimpey wouldn’t put in place such an absurd bonus scheme as seen at Persimmon.

‘But if the issue at the company is one of leadership, then bringing anyone in with a taint would be a bad idea. Why bother?’

Both Fairburn and Jenkinson were blasted for accepting the eye-watering bonuses at Persimmon, which were paid over 2017 and 2018.

They claimed they deserved the pay-outs, as the company’s shares had climbed.

Fairburn, 55, was forced to leave the company just months after accepting his £82m package, following a disastrous TV news interview when he simply walked off-camera when asked about his bonus.

Quick to step into Fairburn’s vacant role at Persimmon was Jenkinson, 54.

After less than two years, he quit claiming he had ‘done what I set out to achieve’.

Clive Betts, Labour MP and chairman of the housing select committee, added: ‘Directors who have a past record of behaving improperly should not be appointed to run these key companies.’