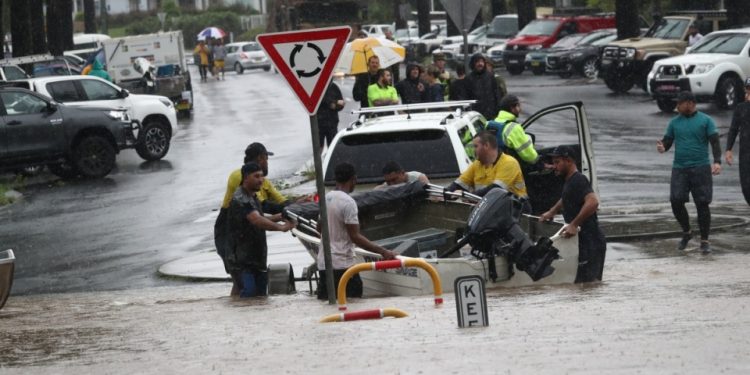 
Labor has called on the NSW government to reveal its emergency management plans after reports an independent review will urge the shutdown of Resilience NSW.

The review, which is examining the response to the state’s recent flood crises, will recommend the disaster recovery agency be dismantled and a new body, dubbed Hawk, set up, The Daily Telegraph reports.

Resilience NSW was created following the 2019-20 Black Summer bushfires to co-ordinate disaster and emergency recovery efforts but has faced criticism in the wake of the 2022 flooding in the state’s north.

Devastating inundation in the Northern Rivers and Hawkesbury Nepean regions in February and March killed 13 people and destroyed more than 4000 homes.

Labor leader Chris Minns on Saturday said it had been 72 hours since news of the agency’s  alleged demise had been leaked and urged the government to clarify its plans for emergency management in the state.

“Firstly, there are many public servants that work in that agency that deserve to know what the future of that agency is,” Mr Minns told reporters in Kiama.

“Secondly, we can expect more natural disasters in the coming months. There’s a worrying report from the Bureau of Meteorology about flooding in the back half of 2022 (and) we’re of course concerned about bushfire seasons.”

He said he was worried a report indicating there will be major changes is “being buried by the NSW government”.

The Premier has vowed to publicise the report, led by former police commissioner Mick Fuller and chief scientist Mary O’Kane, but is yet to do so.

It is the same report that will reportedly recommend flood victims be able to have their homes in flood-prone areas bought by the government or get a land swap.

Nine and News Corp said on Saturday buybacks and land swaps would form part of a $3 billion response to the deadly Northern Rivers floods, as recommended by the report.

State and federal government flood response has faced widespread criticism, including for taking too long to get to victims and provide follow-up relief.

On Friday, victims of the more recent June-July floods were granted access to rent relief and funds to help with repairs.

'Early signs' that monkeypox outbreak may be peaking