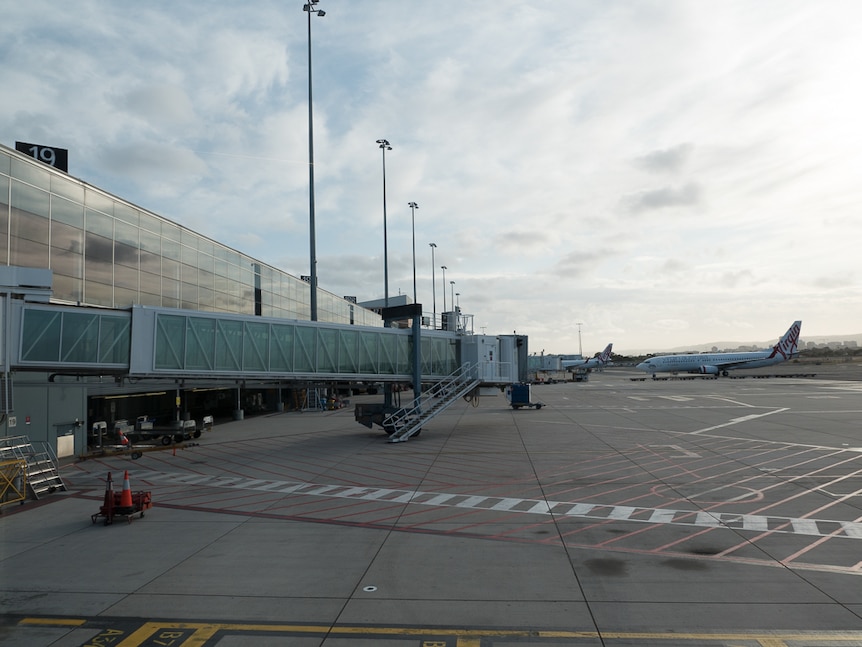 A Northern Territory man who breached COVID-19 restrictions by flying to Adelaide from Melbourne has been given a suspended sentence.

Bernard Shackcloth, 49, pleaded guilty to breaking the Emergency Management Act last Friday, when he falsely told police at Adelaide Airport he had come from Alice Springs.

Shackcloth told the Adelaide Magistrates Court that he was on medication that made him urgently need to go to the toilet and lied so he could skip the airport’s COVID-19 processing queue.

He said the bipolar medication he was currently on increased his cholesterol.

“I had All-Bran with skim milk for breakfast, so it’s good for cholesterol but when you got to go, you got to go,” he told the court.

“I was in dire straits.

“I was literally soiling my pants.”

Shackcloth told the court he had been in Bendigo, not Greater Melbourne and was fully vaccinated.

He left the airport after going to the toilet, but was picked up by police at a city hotel when they checked the flight manifests and found he had come from Melbourne.

“You had the opportunity to explain that you needed to go to the toilet,” he said.

“Your actions were irresponsible, they were foolish and ultimately they put the community at risk.”

Shackcloth was sentenced to three weeks’ jail, which was wholly suspended on a 12-month good behaviour bond.