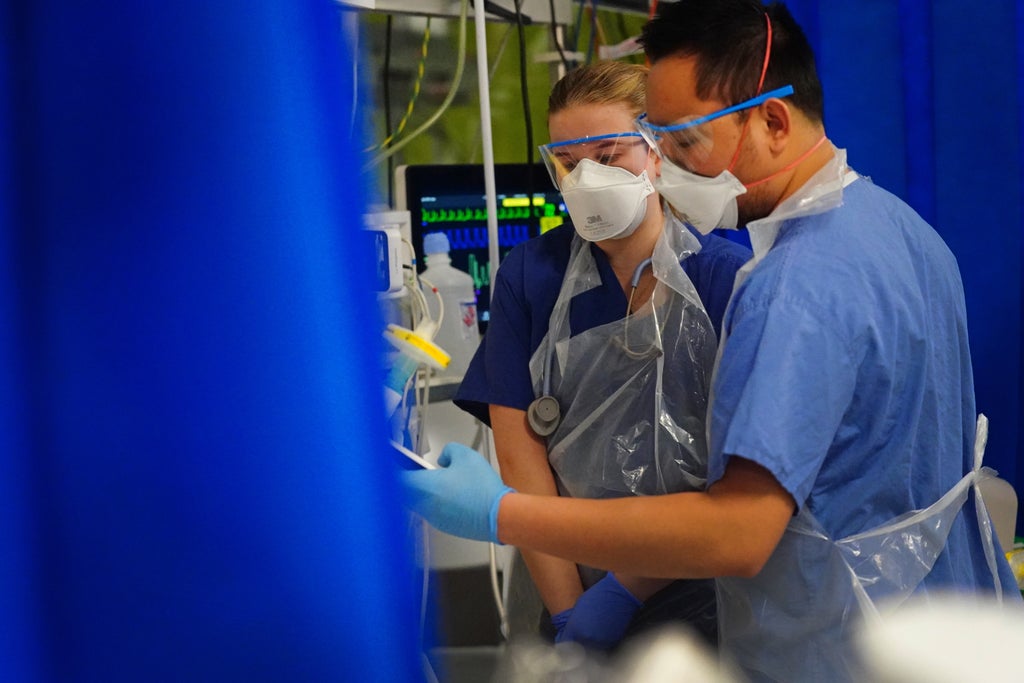 he number of people in hospital with coronavirus is at its highest since February last year, new figures show, amid increasing pressure on health services.

A total of 17,276 people were in hospital in the UK with Covid-19 as of January 4, Government figures show, up 58% week-on-week and the highest number since February 19.

Boris Johnson has said the country is seeing its fastest growth in cases, as more than 20 NHS trusts declared a critical incident.

There were 2,258 Covid-19 hospital admissions on December 28, the latest UK-wide figure available, up 83% week on week and the highest number since February 3.

In the Commons on Wednesday, the Prime Minister said hospital admissions were “doubling around every nine days” and the country was “experiencing the fastest growth in Covid cases we’ve ever known”.

No 10 said more than 20 trusts had now reached the alert level where priority services may be under threat, but stressed it was “not a good indicator” of the pressures the health service was under.

The University Hospitals Bristol and Weston NHS Foundation Trust and the North Bristol NHS Trust, which run hospitals including the Bristol Royal Infirmary, the Bristol Royal Hospital for Children and Southmead, said they were at their “highest state of alert”.

The North East Ambulance Service (NEAS) said it asked patients with “potentially non-life-threatening” calls to be taken to hospital by a relative if an ambulance was delayed over the bank holiday weekend.

Morecambe Bay NHS Trust and Blackpool Teaching Hospitals NHS Trust were also among those declaring critical incidents.The Prime Minister’s official spokesperson said: “I think my understanding on critical incidents, obviously the numbers do vary… it’s worth understanding that critical incidents can last, in some certain circumstances, a matter of hours, a morning or afternoon, a day, some of them can last longer than that.“So they’re not a good indicator necessarily of how the NHS is performing.”He added: “We know that there are a number of trusts that have reported critical incidents.“I believe it’s more than 20 currently, but that number will fluctuate. But again, those critical incidents can vary in terms of their scale, some can relate to one part of the trust, some can be across the whole trust. So it’s not a good indicator, necessarily, of NHS performance at any one time.”