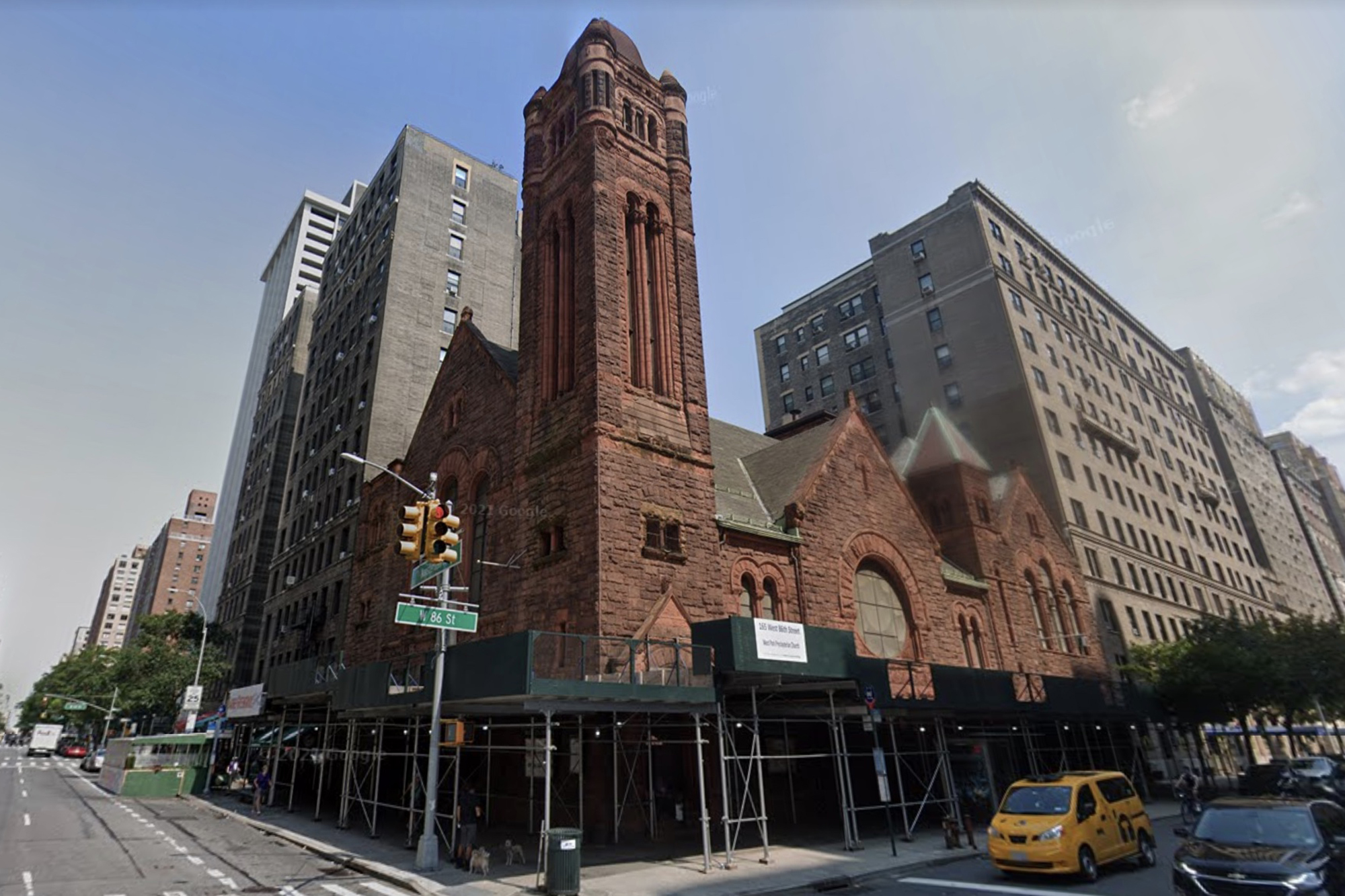 This flock already lacks a shepherd, and now they’re losing their pasture too.

A small but passionate group of Upper West Side churchgoers have been forced to sell their church in order to save the tiny congregation.

West-Park Presbyterian Church — which notably lacks a pastor and has only 12 congregants — will hand its landmarked, 140-year-old, 165 West 86th St. church to a developer to escape a $50 million restoration bill. The dozen parishioners were on the hook for fixing their house of God’s crumbling facade and structure, and have instead decided to let a company demolish it and build them a new worship space — along with market-rate housing — in its place, according to the Commercial Observer.

“It has no resources left to maintain the building at all and, because it’s a designated landmark and because of the condition it’s in, it’s unclear if we were to just try and sell the building that we would even be able to find a buyer,” Roger Leaf, chair of the church’s administrative commission, told the publication. “But if we were in a position to sell the building and not get any real money for it … the likely outcome — the inevitable outcome — would be that the congregation would have to disband.”

The Presbytery of New York City — which is in charge of all Presbyterian parishes in NYC — unanimously approved the congregation’s plan this week. The Presbytery recently lent the congregation money to address the particularly urgent issue of a collapsing exterior wall. Other slightly less dire structural disintegrations, including bricks parting from rafters and crumbling sandstone, have remained unaddressed for years. (Protective scaffolding has wrapped the building for two decades.)

Now that its governing body has approved the sale, congregants have filed an application to appeal the Landmark Preservation Commission’s 2010 landmarking of the structure. With the landmark designation in place, developer Alchemy Properties — with which the congregants have come to a purchase and sale agreement — cannot demolish the church, a contingency of the deal.

“In the face of our steep financial challenges to address the church building’s safety and maintenance needs, the congregation’s only viable choice to support West-Park’s ongoing mission is to pursue the sale of the property and the application to the Landmarks Preservation Commission to demolish the existing building on the grounds of financial hardship,” a West-Park Presbyterian Church spokesperson told The Post. “This plan ensures a new spiritual home for worship and community space that will help West-Park continue to be a resource for our neighborhood and fellow New Yorkers.”

Should the LPC approve the appeal, Alchemy will raze the structure and build an apartment tower and a 10,000-square-foot worship space in its place. The church would also receive $8.8 million from the developer to furnish the new parish.

“If we were in a position to [just] sell the building, and not get any real money for it, then the congregation, which is dwindling in the numbers and no longer has a pastor, would also no longer have a place for worship,” Leaf explained to the Observer of the logic which led them to the current plan.