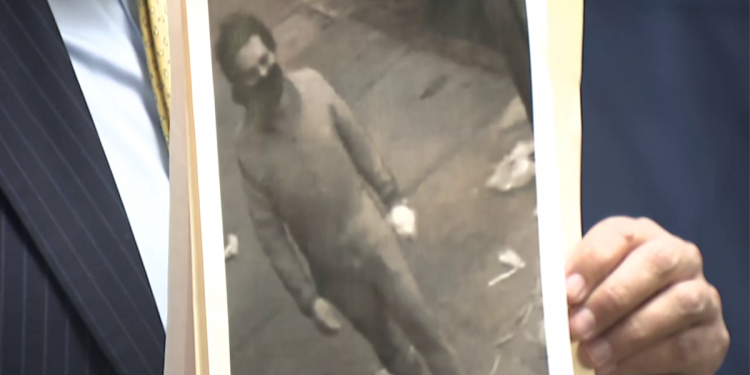 NEW YORK — A suspect is under arrest in the brutal murder of Queens resident Orsolya Gaal.

Police said the 51-year-old mother of two was stabbed nearly 60 times last week in Forest Hills. Her body was found inside a bag not far from her home.

The NYPD announced Thursday that Gaal’s on-again, off-again boyfriend 44-year-old David Bonola was arrested on murder and other charges.

As CBS2’s Kiran Dhillon reports, Bonola cursed as he was escorted out of the 112th Precinct in Queens on Thursday. The arrest came days after Gaal’s brutal killing.

“They had been off and on. They had broken up prior but had reunited early in the month of April and their relationship was considered at an end,” Deputy Chief Julie Morrill said.

Police say in addition to being the victim’s boyfriend, Bonola was also the family’s handyman. They say he went to Gaal’s home on Juno Street early Saturday morning to talk about the relationship. The two began to argue.

“He is either let in voluntarily or he uses a key he has knowledge about hidden in the barbecue,” NYPD Chief of Detectives James Essig said. “A violent struggle ensues, resulting in our victim being stabbed ruthlessly and brutally in excess of 55 times.”

Police say Bonola used a kitchen knife in the attack. He then allegedly placed her body inside of her son’s hockey bag, dragging it several blocks before discarding it. He left behind a trail of blood, along with his jacket in the nearby park.

“Detectives also developed leads which lead them to a location where boots, a t-shirt and bloody bandages were discovered,” Essig said.

Police say after the attack, Bonola sent Gaal’s husband a threatening text from her phone. He then went to a hospital to be treated for cuts to his hands.

Sources say Wednesday night, officers zeroed in on Bonola’s home, where they found him with a bandaged hand. He was taken into custody and later confessed.

Sources say he told detectives he didn’t go to the home with the intention of killing Gaal. Instead, he snapped in a fit of rage.

Police add Bonola moved to the United States from Mexico 21 years ago. Sources add he is separated from his wife, who also lives in Queens. He has two children of his own.

“Normal mother going about her day-to-day life, right? Why should anything happen to anyone at this magnitude?” neighbor John Blankson said.

Neighbors are grateful there is an arrest.

“We’re all relieved, absolutely relieved, mostly for the family, as well. The family and her friends, that’s first and most important part about all of this,” Blankson said.

Police say Bonola is also charged with criminal tampering and criminal possession of a weapon in relation to Gaal’s death.

See live updates below for the latest.

If You Invested $1,000 In Netflix The Last Time The Company Lost Subscribers, Heres How Much Youd Have – Benzinga