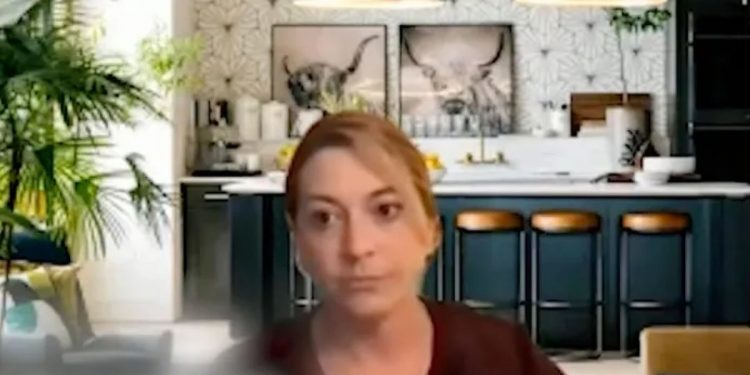 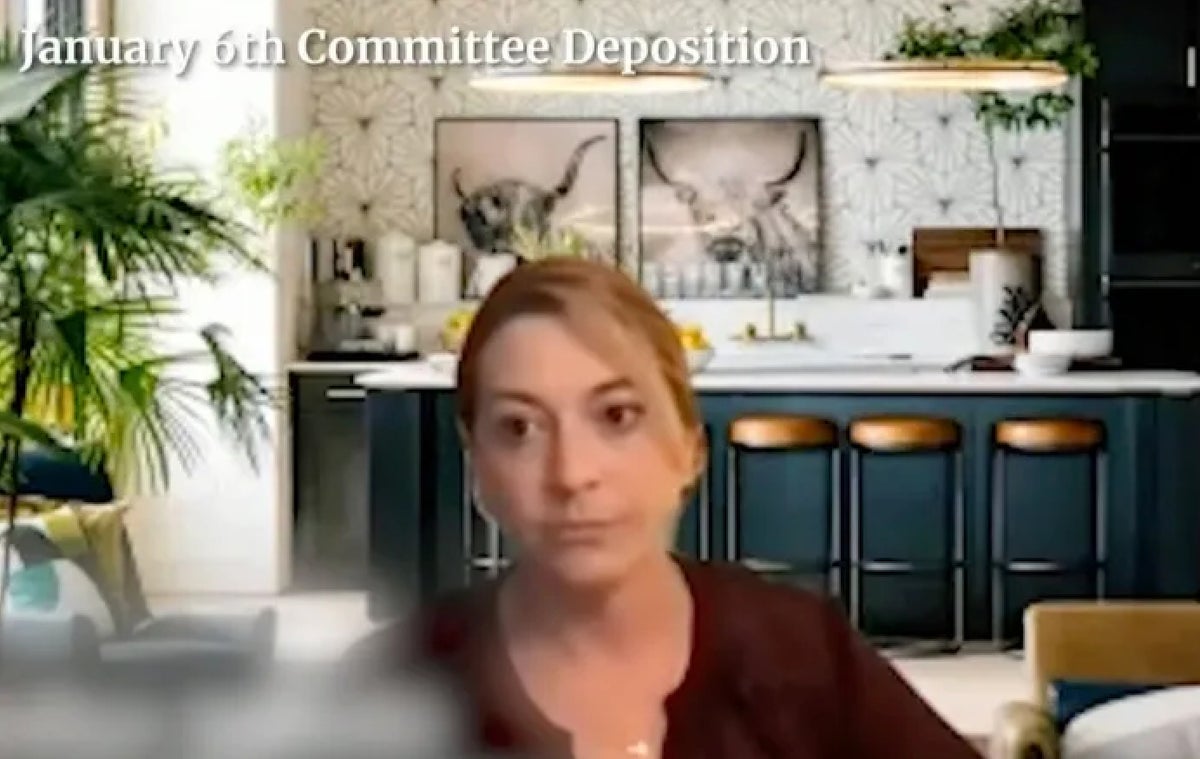 The Oath Keepers lawyer and acting president used a virtual background from Queer Eye as she remotely testified to the January 6 committee.

Kellye SoRelle gave evidence to the panel investigating the Capitol riot in front of an image from a kitchen in a Kansas City loft that appeared in an episode of the hit Netflix show in 2019.

Erin Ryan, who hosts Crooked Media’s Hysteria podcast, tweeted a picture of Ms SoRelle giving her deposition, as well as a matching screen grab from the TV show.

Ms SoRelle, who is a family lawyer from Texas, had been working as the legal representative for the right-wing group when its president, Stewart Rhodes, was arrested in January and charged with seditious conspiracy.

And she told Rolling Stone magazine that after his arrest she took over as acting president of the extremist group.

She was also a volunteer for Lawyers for Trump during the 2020 election and worked to help try and keep the one-term president in office, despite his defeat to Joe Biden.

In her taped testimony she said that Trump allies Roger Stone and other figures brought right-wing extremists together and that Mr Stone, Alex Jones of Info Wars, and Ali Alexander had led the planning of the January 2021 Stop the Steal rallies.

She testified that the group “became like the center point of everything.”