Offerpad and one of the country’s biggest homebuilders announced Wednesday they’re expanding a relationship that they say makes it easier for sellers to transition to a new-build home.

Offerpad executives said the partnership with Taylor Morrison Home Corp. will allow buyers to free up money to buy a new home from the developer when they sell to Offerpad.

The two Arizona-based companies have strengthened their ties in recent years, and this week’s announcement is an expansion of a pilot program they say has helped dozens of buyers trade up or move into a new-build.

“It allows them to move forward with a Taylor Morrison home without a contingency, [which is] very important to Taylor Morrison and to our customers as well,” Kyle Rush, Offerpad’s national vice president of sales, told Inman. That expansion also “unlocks the equity in their current home so that they’re able to be more competitive. You put down a larger earnest money deposit. Do additional options or upgrades in their brand new home.”

Homeowners who sell to Offerpad can free up equity and stay in their existing homes for six months before moving into a new-build in any of the 14 markets where Taylor Morrison operates.

The two groups say the relationship gives buyers more flexibility, letting them get cash to customize or lock in a new home. The relationship is being touted as a way to avoid the high costs and potentially difficult financing of owning two homes when building or buying another home.

The agreement would allow owners to schedule their closing date nine months out in order to align with their new Taylor Morrison home’s closing.

“We do have other national agreements that we have with other top 100 builders throughout the country. They range in size of small, regional builders to other large, national builder partners,” Rush said. “I will say though that the piece I mentioned regarding staying in the home six months, that is exclusive to Taylor Morrison.” 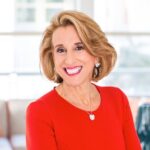 The two companies have been strengthening ties recently. Sheryl Palmer, chairman, president and CEO of Taylor Morrison, was added as a member of Offerpad’s corporate board last year.

Overall, teams can be very...

The Real Estate Investing Hurdle You MUST Get Over

Knowing how to find real...

Redfin – The Housing Market Has Started To Recover