Officer killed after being shot in head, run over by suspect in traffic stop in Everett Washington 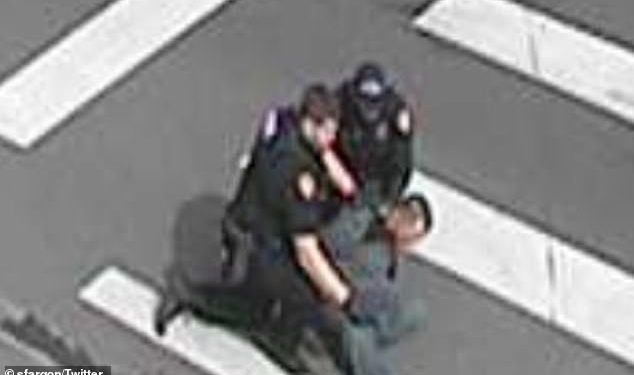 By James Gordon For Dailymail.com

The city of Everett, Washington State was paralyzed on Friday afternoon after a police officer was shot and killed in the street across from the campus of Everett Community College.

Initially there were reports of a shooting at a nearby Starbucks. Gunshots were heard at around 2:15pm in an incident directly across from the college which went into lockdown for around 20 minutes.

A uniformed officer was seen on the ground in the moments after the shooting as the gunman sped away, running over the body.

One witness said the officer was killed instantly having being shot in the head.

But the suspect’s crime spree continued as the gunman sped off in his car causing a multi-car accident. 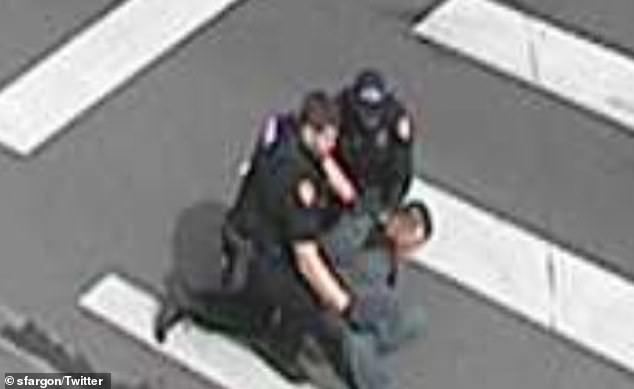 The suspect, a white male, was seen being arrested by police on Everett traffic cameras 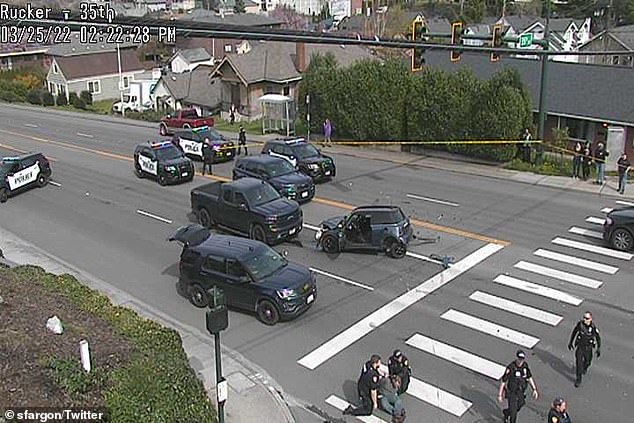 The suspect was driving a Mini, seen center. He was quickly arrested, pictured by the zebra 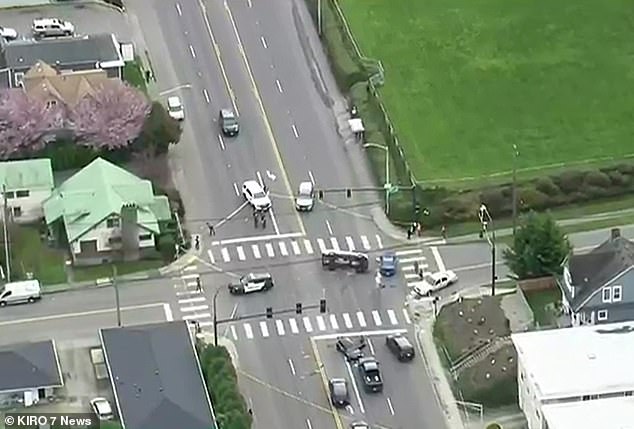 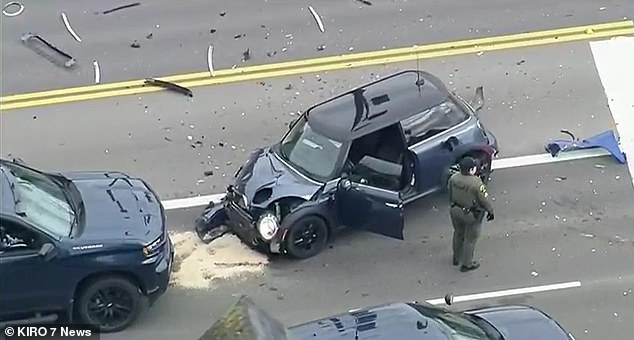 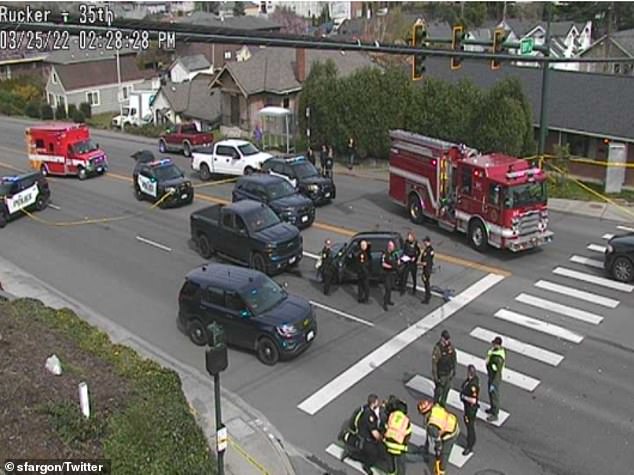 Officers chased the suspect in his vehicle for about two miles through Everett.

The suspect, who was driving a Mini Cooper was then involved in a car crash at the intersection of 35th and Rucker.

It caused a white van with children inside to topple onto its side while a blue vehicle was also seen to be a write-off having been involved in the smash.

A suspect, a white male, was quickly arrested and taken into custody, police said.

So far, the identity of the suspect or officer involved has not been released.

The Snohomish County Multiple Agency Response team have also responded to the scene together with officers from the Everett Police Department. 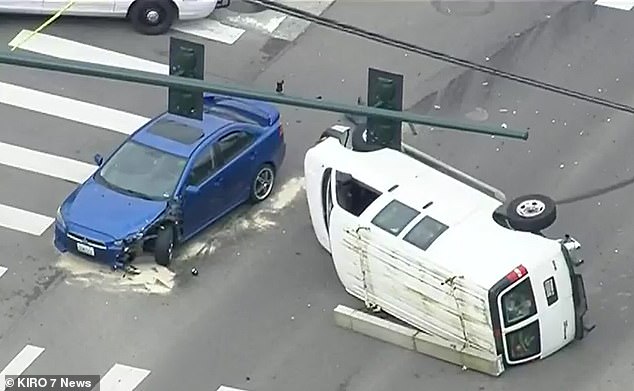