Officials seize more than $700,000 of cocaine at US-Mexico border 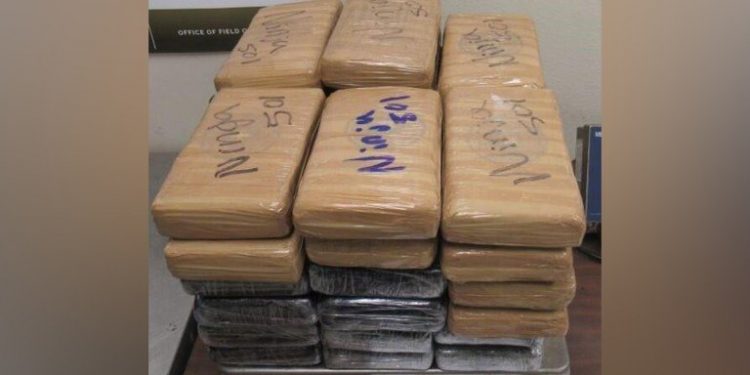 
Drugs were intercepted on Thursday

(CNN) — Federal agents seized more than $700,000 of alleged cocaine at the US-Mexico border, the US Customs and Border Protection said.

The drugs were intercepted on Thursday by Customs and Border Protection officers at Hidalgo International Bridge, which crosses the Rio Grande between Texas and the Mexican state of Tamaulipas.

CBP officers stopped and inspected a van crossing the bridge from Mexico, according to a statement from the agency. Upon close inspection, they discovered 37 packages of alleged cocaine hidden in the vehicle. The packages weighed a total of 92.72 pounds.

The packages and the vehicle were seized, said the CBP, and an investigation is underway.

“Our CBP officers remain vigilant and rely on their experience and all available tools and resources to thwart this smuggling attempt,” Port Director Carlos Rodriguez said in the statement.

Earlier this year, $310,700 worth of alleged cocaine was seized by CBP officers at the same bridge.

How to Deal With A Brilliant Arsehole At Work