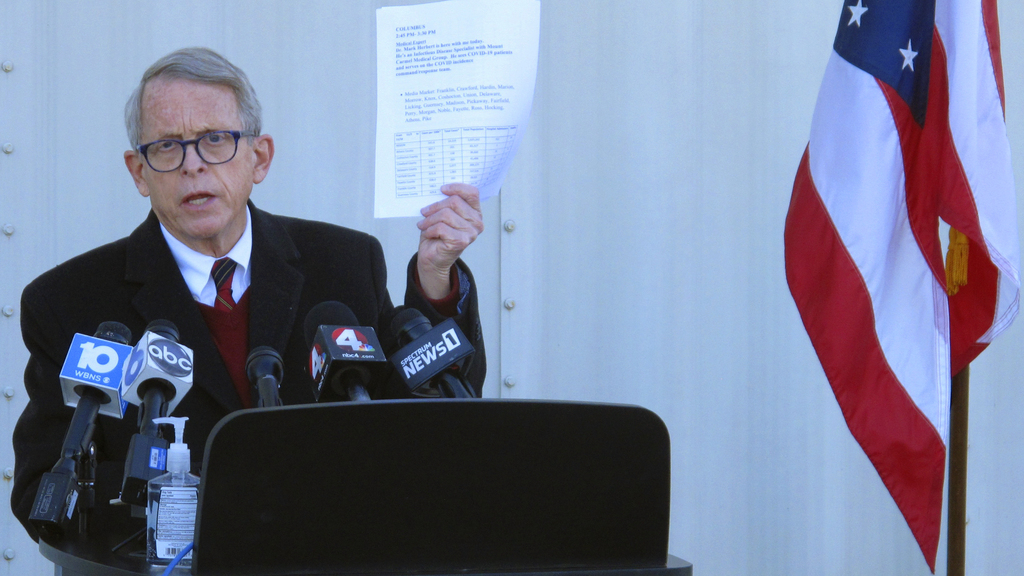 As U.S. political leaders grow increasingly desperate to persuade Americans to get the coronavirus vaccine, Ohio Governor Mike DeWine on Wednesday topped offers of baseball tickets and beer with a $1 million prize drawing.

DeWine, a Republican, said five Ohio residents would win the money in once-a-week drawings for adults who have received at least one dose of the now-plentiful vaccines. The funds will come from federal pandemic relief funds.

“I know that some may say, ‘DeWine, you’re crazy! This million-dollar drawing idea of yours is a waste of money,’” the governor said on Twitter. “But truly, the real waste at this point in the pandemic – when the vaccine is readily available to anyone who wants it – is a life lost to COVID-19.”

Roughly 117 million Americans, more than one-third of the U.S. population, had been fully inoculated as of Wednesday, according to U.S. Centers for Disease Control and Prevention data.

New Jersey and Connecticut have made deals with bars and brewpubs to offer a free drink to the newly vaccinated. Maryland state employees who get inoculated are offered $100.

Last week, New York Governor Andrew Cuomo said the Mets and Yankees baseball clubs would hand out free tickets to fans who got inoculated at their parks before games.

Many U.S. states were expected this week to begin inoculating children aged 12 to 15 with the vaccine manufactured by Pfizer Inc and BioNTech SE after a CDC panel approved the plan earlier on Wednesday.

How Blockchain Will Revolutionize Future Cars