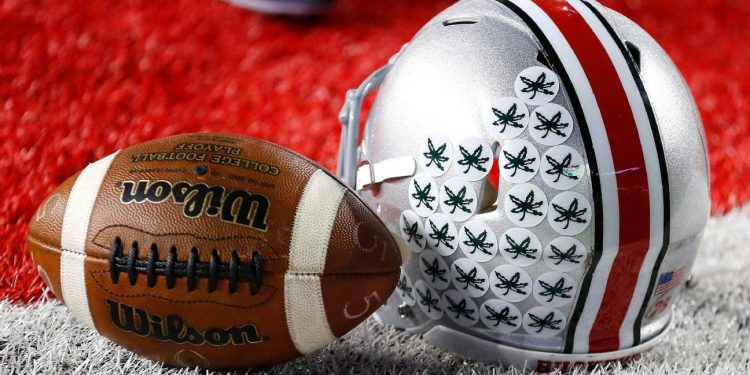 Ohio State got a commitment from one of the top 2024 prospects on Monday, when quarterback Dylan Raiola announced his commitment to the Buckeyes.

ESPN doesn’t have rankings for the 2024 class, but Raiola is widely regarded as one of the top overall recruits and one of the top quarterbacks in his class.

He is also the son of former Detroit Lions offensive lineman, Dominic Raiola. The younger Raiola had offers from nearly every major program, including his father’s alma mater, Nebraska, along with Alabama, Georgia, Texas, Notre Dame, Oregon and USC among others.

Raiola is a 6-foot-3 and 220-pound prospect from Chandler High School in Chandler, Arizona, and recently transferred from Burleson, Texas, where he played for former NFL quarterback Jon Kitna. His sophomore season, under Kitna, he threw for 3,243 yards and 42 touchdowns and will play for his Chandler team this season.

Raiola had recently taken a visit to Nebraska, where his uncle Donovan is the offensive line coach. But the Buckeyes took a commanding lead after an April trip to Columbus.