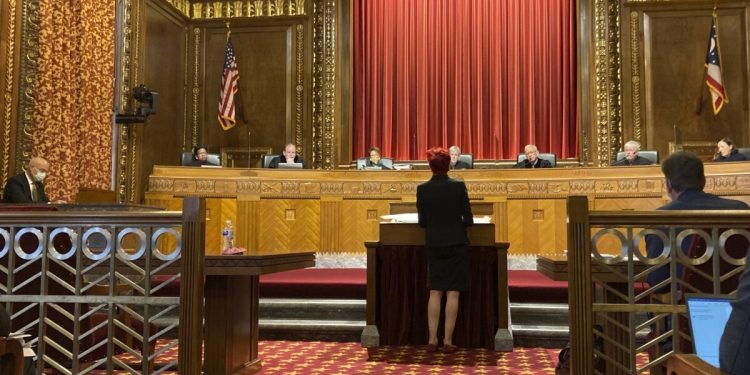 The Ohio Supreme Court declared newly drawn legislative maps invalid on Wednesday and ordered the GOP-created boundaries to be fixed within 10 days.

The court’s rejection of maps that would have retained Republican supermajorities in both chambers is a victory for Democratic and voting rights groups that had challenged the lines as unconstitutionally gerrymandered.

In a two-paragraph entry, Republican Chief Justice Maureen O’Connor sent the maps back to the Ohio Redistricting Commission to take another crack at complying with provisions of a 2015 constitutional amendment requiring an attempt at avoiding partisan favoritism.

Republicans who controlled the map-drawing process had argued the commission met its constitutional mandates by complying with a host of other protocols that made the partisan favoritism and proportionality provisions moot. The commission was unable to strike bipartisan compromise earlier and had disbanded.

The maps of the state House and Senate strongly favored the Republican Party, although Ohio’s political mix is 54% Republican, 46% Democratic.

O’Connor, who is 70, must leave the court at year’s end due to age limits. Hers was considered a pivotal opinion on the 4-3 Republican-majority court.

The decision impacts all three lawsuits against the maps brought on behalf of Ohio voters by a host of national groups, including the National Democratic Redistricting Committee, the ACLU, the League of Women Voters, CAIR-Ohio, the Ohio Organizing Collaborative and the A. Philip Randolph Institute.

This was the powerful new Ohio Redistricting Commission’s first time drawing new legislative maps of 99 Ohio House and 33 Ohio Senate districts. Its members, five Republicans and two Democrats, failed to arrive at bipartisan consensus, so the map they approved Sept. 16 along party lines was set to last only four years.

The dispute comes in the process of redrawing legislative and congressional district maps that states must undertake once per decade to reflect changes from the U.S. census.