Ohio’s largest multiple listing service, MLS Now, is eliminating “Coming Soon” as a status in its database as of August 1, citing “unintended consequences.”

Not all MLSs have Coming Soon statuses, but MLS Now, which has 13,800 agent, broker and appraiser subscribers in Ohio and West Virginia, may be the first to ditch the practice among those that do.

When the MLS first approved the “Coming Soon” status in May 2016, the intention was to serve subscribers who wanted to secure a listing agreement for properties that might need work before they were ready to be marketed or shown to prospective buyers, Carl DeMusz, MLS Now president and CEO, told Inman via email.

Showings of any kind are not allowed while a listing is in Coming Soon status, according to a press release from MLS Now. The Coming Soon status indicates that the broker and the seller are preparing the property for sale and for marketing. Listings are allowed to remain in that status for 14 days or less before flipping to Active and sellers must have signed both a listing agreement and written authorization to have their property listed as coming soon.

At first, MLS Now didn’t allow Coming Soon listings to be distributed to third-party sites or Internet Data Exchange (IDX) sites owned by agents and brokers, but changed course shortly after creating the status when brokers realized they would be at a disadvantage since the listing broker could advertise a Coming Soon listing on their own website but it wouldn’t be available on IDX sites, according to DeMusz.

But right from the beginning, the status came with “unintended consequences,” according to MLS Now.

“It seems we were always amending the rule to make it fit business practices,” said James Fox, chairman of MLS Now, in a statement. 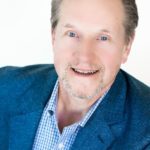 One instance of this was that listing agents would set showing dates to start at the end of the 14-day Coming Soon period, but then shorten the time to the day they got an offer, according to DeMusz. “We then adjusted the rule to disallow shortening of the 14 days, but they could extend the number of days,” he said.

Over time, the status “morphed” from being used to prepare a property for marketing and showings to instead being used mostly as a marketing technique that limited access to properties amid a severe inventory crunch, DeMusz said.

“Listing agents were taking Coming Soon listings and entering them in the MLS, along with multiple photos and even video tours, at the same time, yet contending they were not yet ready to be shown,” he said. “Properties were being placed in the Coming Soon status for as little as 2-4 days rather than the 14 days allowed by the rules.”

Complaints began rolling in that Coming Soon listings were being entered in the MLS on a Friday night with an Active date the following Monday morning for showings, but that even though buyer agents had scheduled a showing on the property for that Monday morning, when Monday came they were told the house was already under contract.

“Agents and buyers were complaining in large numbers that they were never given the opportunity to view, let alone make an offer on listings that had been in the Coming Soon status,” DeMusz said. “Coming Soon listings were being sold ‘sight unseen.’ It was felt that this has the potential for serious liability issues for both listing and selling brokers.”

Problems with the Coming Soon status have been the most common complaint received by the MLS’s staff for the past year. “We received hundreds of complaints and have issued 184 fines for violations in Coming Soon this year already,” DeMusz said.

On June 18, the MLS Now board of directors met and staff suggested possible changes to the rule, but then someone pointed out that “since the Coming Soon status was designed to improve activity on listings and almost every listing in the MLS is generating sometimes dozens of bidders and properties selling in record time at higher than the listed price on average, why do we need the Coming Soon listing status at all,” DeMusz said.

“After discussion, a motion was made and approved to eliminate the Coming Soon status from MLS Now effective August 1, 2021. Between now and August 1st the MLS Now staff will be busy educating members about the change to make this as smooth a transition as possible.”

As of August 1, a listing must be entered into the MLS within two business days as it is currently and must immediately allow showings if it is listed as Active. If a listing needs some work before it can be shown, listing agents will no longer be able to use the Coming Soon status, but will be able to list the property as Temporarily Off Market (TOMK) until the listing becomes Active.

Listings under the TOMK status do not accrue days on market and may not be marketed or shown. A listing can be in TOMK status until the listing agreement expires, but the listing agent must include the date the listing will be back on the market in the broker remarks section of the listing, according to DeMusz.

Asked how this change eliminates agents’ chief complaint about the status, DeMusz said, “Think of it as ‘transparency.’ When it is Active in the system it is made available for showings under the same conditions at the same available times. The buyer doesn’t automatically assume that someone else was given an earlier opportunity to see when no one else could.”

While some MLSs, like MLS Now, have had a Coming Soon status for years, many have only added the status in the last couple of years, in part as a response to the National Association of Realtors’ contentious Clear Cooperation Policy, which requires listing brokers to submit a listing to their MLS within one business day of marketing a property to the public.

The policy was meant to effectively end the growing, controversial practice of “pocket listings,” or publicizing listings for days or weeks without making them universally available to other agents in the MLS.

During a session of Inman Connect Now last week dubbed “The End of the Two-Sided Deal: Will This Be The New Normal?” the conversation quickly turned into an intense debate over the role of pocket listings — which earlier that same day Inman founder Brad Inman had argued remain a problem due to greed from listing agents looking to double-end a deal.

Victor Lund of real estate consulting firm WAV Group, in response to MLS Now’s change, pointed out that the Coming Soon status can be used similarly.

“Of course – like all policies – there are some Realtors that misuse ‘coming soon’ to create time to market the property before it is active in the MLS to generate leads or possibly double side the transaction,” he wrote in a blog post.

“I believe that this data from the 2021 NAR Member Profile reports that 34 percent of real estate transactions are double-sided. Double siding a transaction is legal, but a hot debate topic among professionals.”

Under the Clear Cooperation Policy, a listing can be advertised on a Friday and not entered into the MLS at all until Monday. In this hot market, there’s nothing preventing agents from selling before the listing is Active or had any showings, DeMusz acknowledged.

Asked how subscribers have reacted to the removal of the Coming Soon status, DeMusz said, “So far the members have been running 80 percent for removal and 20 percent opposed.”

The “[m]ajority of members felt CS isn’t worth the agitation they cause between agents,” he added. “The 20 percent that wanted to keep CS were those that had made it their marketing model.”

If I could invest in Real Estate I would ____? : RealEstate

For customer experience and UX, time for in-the-moment feedback