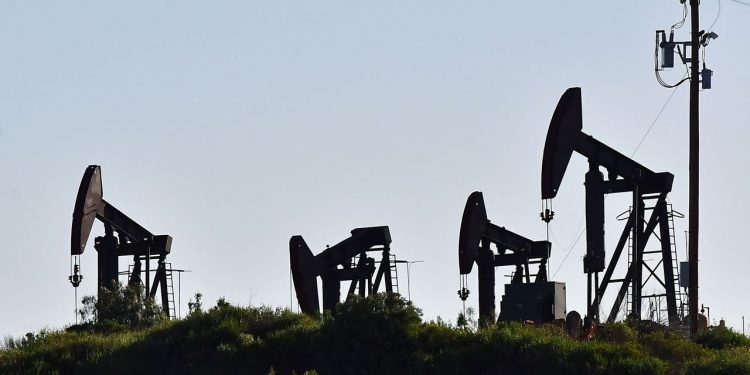 
Oil prices surged on Monday after the West imposed more sanctions on Russia, a key energy producer, due to its ongoing invasion of Ukraine.

The moves came after the U.S., the European Union and the U.K. said it would block some Russian banks from the SWIFT messaging system, a move that makes it more difficult for countries to purchase Russian oil.

“While details on the implementation of these additional sanctions have not been released, with carve-outs likely still allowing for energy and food trades, the hurdles that these sanctions will create for financial payments are likely to exacerbate the recent Russian commodity supply shock, already visible as Western and Chinese traders halting shipments,” said analysts at Goldman Sachs.

The Goldman analysts hiked their one-month Brent price forecast to $115 from $95, arguing there would need to be up to 4 million barrels of demand destruction to offset the loss of Russian exports. Even a redirection of oil flows to the East would still tighten global markets, the analysts argue, because it would require a 12-day increase in transit time, the equivalent to the loss of 90 million barrels.

OPEC could respond, the analysts added. “While such an outcome becomes increasingly likely the more Russia is ostracized from the global economy, driving core-OPEC, Iran and the West closer together, it would nonetheless come at the expense of a complete depletion of the global oil market’s spare capacity, still warranting much higher oil prices,” they said.

separately said it would exit its stake in Rosneft, taking a $25 billion writedown, as Equinor
EQNR,

also said it would end its Russian ventures.