Oil production and storage vessel explodes off the coast of Nigeria 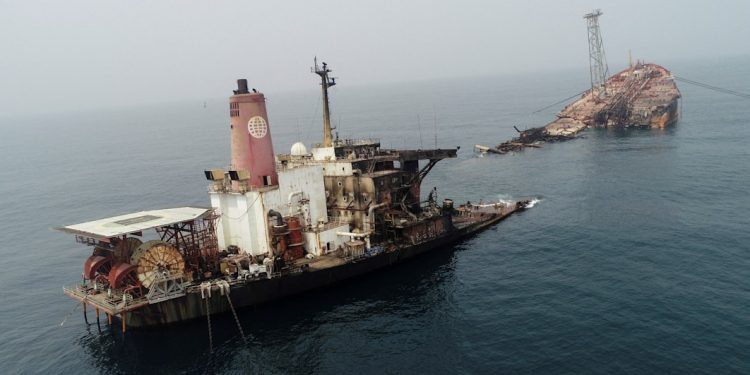 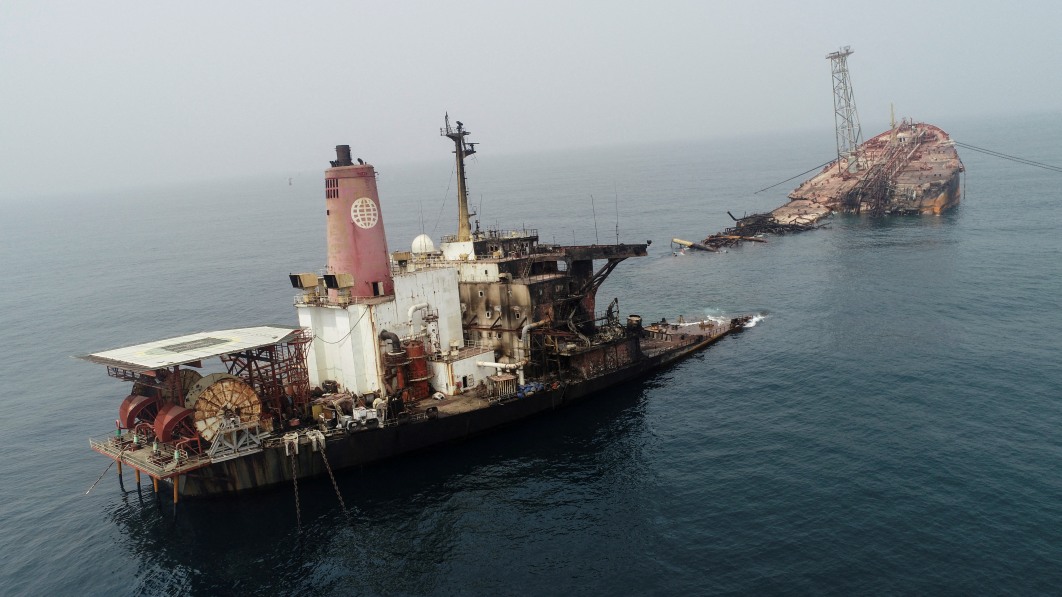 WARRI, Nigeria — An oil production and storage vessel exploded off the coast of Nigeria early on Wednesday with 10 crew members on board though it was unclear if there were any casualties or how much crude might have spilled into the sea.

Joe Sunday, an assistant boat driver, said he was in one of two speed boats out at sea on Wednesday morning to pick some crew who were due to take time off from work but could not reach the vessel because it was consumed by fire.

“We drove round to see if we could see people but we did not see anybody and the fire was still blazing,” Sunday told Reuters at a port in Warri.

Tiby Tea, chairman of Maritime Union for Nigerian Ports Authority in Warri, confirmed that two boats sent out to the vessel could not find anyone.

“At this time there are no reported fatalities but we can confirm that there were 10 crewmen on board the vessel prior to the incident and we are prioritizing investigations with respect to their safety and security,” SEPCOL Chief Executive Ikemefuna Okafor said in a statement.

The Trinity Spirit can process up to 22,000 barrels of oil a day and store up to 2 million barrels, SEPCOL’s website said.

One industry source active in Nigeria’s oil sector said the vessel had about 50,000 barrels in storage but was not pumping crude from the Ukpokiti oilfield in the OML 108 block when it exploded.

SEPCOL, which is in receivership, did not respond to requests for comment about how much crude Trinity Spirit was storing at the time of the blast.

BP’s Deepwater Horizon oil rig was pumping tens of thousands of barrels a day when it exploded in 2010. By the time the well was plugged 87 days later, 4 million barrels of crude had flowed into the Gulf of Mexico causing an environmental disaster.

“We got information of the fire incident yesterday and we immediately ordered our field officers to commence investigation. Investigations are still ongoing,” Gbenga Komolafe, NUPRC’s chief executive, told Reuters.

“It is only after when we have received the report of this investigation from our team that we will issue a comprehensive statement devoid of speculation,” he said.

SEPCOL’s Okafor said investigations were underway to establish the cause of the explosion while attempts to contain the situation were being made with help from local communities and U.S. oil firm Chevron, which has a facility nearby.

The Trinity Spirit is the primary production facility for OML 108 which covers 750 square km (290 square miles) of water off the Niger Delta, ranging from a depth of 30 meters to 213 meters, SEPCOL’s website said.