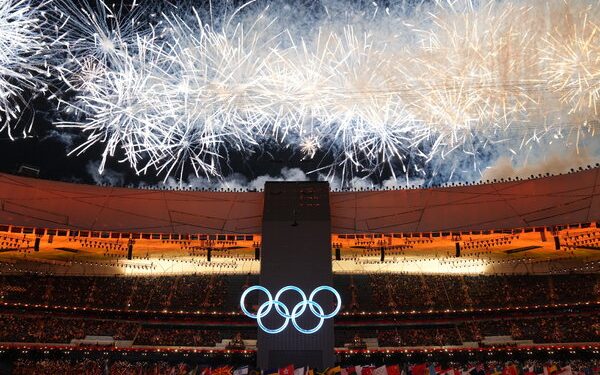 President Vladimir V. Putin was there, rising out of his seat and waving to Russia’s team as it entered the Bird’s Nest. So were the leaders of the five Central Asian nations that were once part of the Soviet Union. The leaders of Egypt, Saudi Arabia, Qatar and the United Arab Emirates came, even though they are hardly known for winter sports. Pakistan’s leader, Prime Minister Imran Kahn, announced his attendance on Twitter with a dramatic, masked photograph of himself and the words “Visit China.”

President Biden and other Western leaders declared they would boycott the Beijing Games in protest of the country’s human rights abuses, but China managed to summon enough of a crowd at the opening ceremony on Friday to claim the “diplomatic boycott” had been a failure.

The leaders of 22 nations attended, as well as the leaders of several international organizations, including the United Nations and the World Health Organization, according to a list published by China’s foreign ministry.

That was more, Chinese officials noted, than the 15 who attended the opening of the Summer Olympics in Tokyo last year, but far less than the 80 who traveled to Beijing for the Games in 2008.

“The United States is doing everything possible to block the Winter Olympics, but they just want to come to Beijing to support them!” a commentary posted by the state television channel, CCTV, declared triumphantly.

The competing lists of the world leaders who attended and the ones who did not reflected some of the geopolitical divisions that have taken shape amid a deepening confrontation between the United States and China.

Although the White House said Biden was not organizing a broader boycott, several other Western countries said that they, too, would not send official delegations. The group included Britain, Canada, Australia and Japan. Other countries also declined to send officials, though they cited the pandemic’s health restrictions.

Those inside Beijing’s Bird Nest Stadium on Friday night included not only China’s closest allies, including Russia and Pakistan, but others that have recently found themselves dependent on economic or geopolitical ties with China.

Scott Kennedy, an analyst at the Center for Strategic and International Studies, noted that all of those who declined to attend were democracies. Those who arrived for Friday’s festivities scored far lower on the ranking of political freedoms by the advocacy group Freedom House. “When the camera pans the opening ceremony showing who is — and who is not — sharing the stage with Xi Jinping, the message will be clear to all,” he wrote in a commentary on The Wire.

Why commuting to work may have mental health benefits