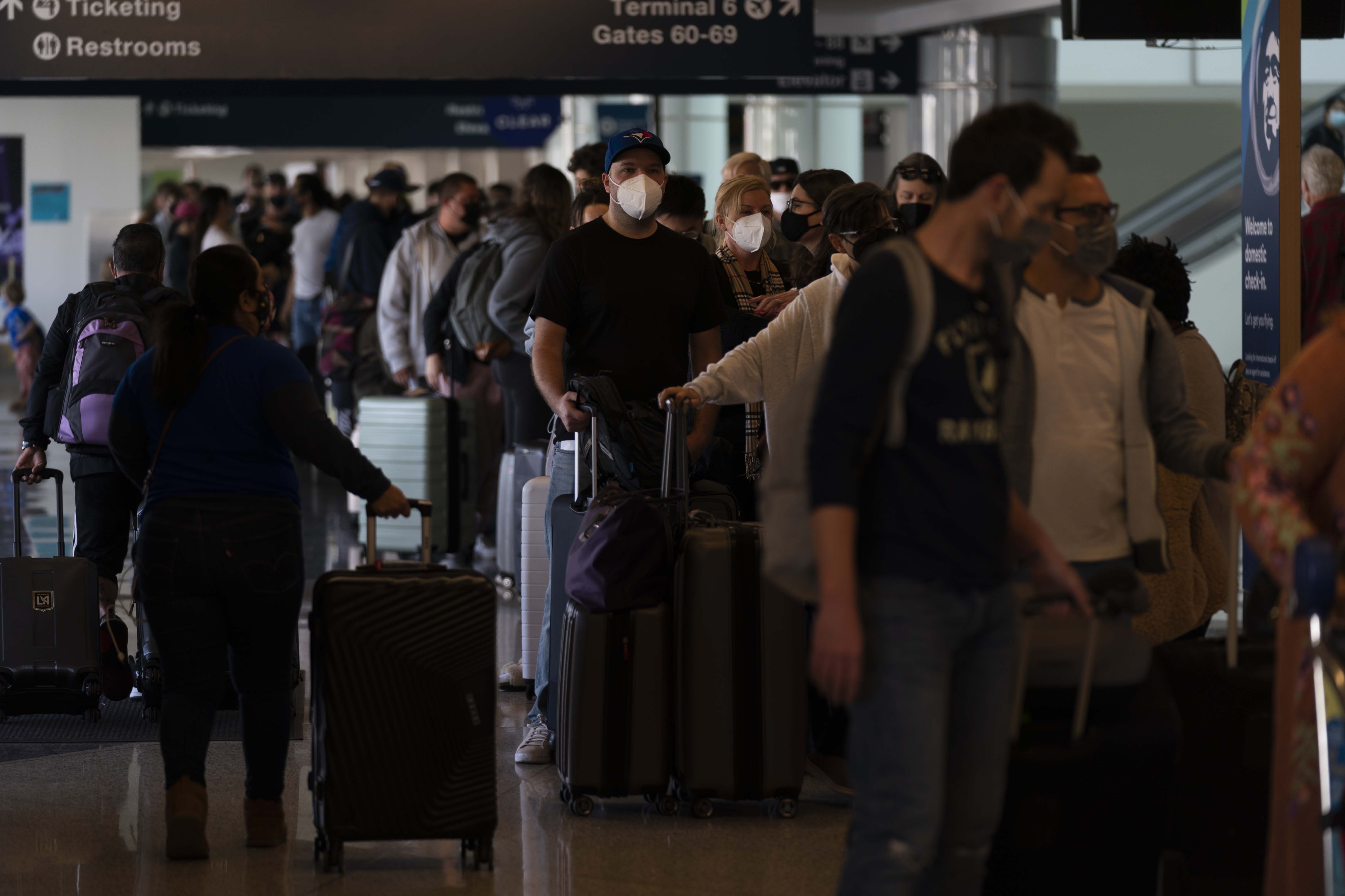 Yet Democratic leaders are mindful that Republican Glenn Youngkin won the Virginia governor’s race in November by, in part, appealing to frustrated parents, and New Jersey Gov. Phil Murphy came closer to defeat than most people expected and walked away citing the pandemic for the close call.

“There’s a real social impact that I think has not been part of the messaging [until recently],” said Doug Rubin, a veteran strategist who has worked with several prominent Massachusetts Democrats, including former Gov. Deval Patrick, and on Tom Steyer’s 2020 presidential bid. “Democrats saw there were political impacts to this. They saw in Virginia and New Jersey the potential negative impacts of ignoring some of these issues.”

Six in 10 Americans surveyed in a mid-December Monmouth University poll, just as the first Omicron cases emerged in the U.S., said they felt “worn out” by Covid’s toll on their daily lives, including 63 percent of Democrats.

“A year ago, most Democratic voters were ahead of where governors were, saying, ‘You’re not locking down enough,” Monmouth University Polling Institute director Patrick Murray said in an interview. “Many of those people are now saying it doesn’t matter at this point, and what we’re seeing is governors reacting to that and acknowledging the mood of their own base.”

As Omicron pushes Covid-19 cases to new heights and lays siege to hospitals across the nation, blue-state governors are again calling up their National Guards and urging the unvaccinated to roll up their sleeves. But they are also acknowledging the frustrations felt by those who followed the rules expecting Covid would be over by now — only to see Omicron spread rapidly.

Democratic leaders “see an upcoming election, they see backlashes,” said Bob Blendon, a polling and political strategy expert at the Harvard T.H. Chan School of Public Health. “They can’t close things down, and there is no public tolerance for serious disruptions in people’s lives. People have run out of patience.”

That doesn’t mean that Democratic governors are completely on the same page with one another. Those in deep blue states such as California and New York are still requiring masks, as well as vaccines for government and health care employees. Newsom has called for student vaccine mandates as soon as the next school year in California.

Democratic leaders in more conservative states, such as Kansas Gov. Laura Kelly and Kentucky Gov. Andy Beshear, have long had to protect public health without closures and strict mandates. In Michigan, Gov. Gretchen Whitmer eschewed a statewide mask mandate even as she warned before Christmas that “every one of us is likely going to have some exposure at some point,” urging unvaccinated Michiganders to get vaccinated.

Nevada’s Gov. Steve Sisolak — one of the most vulnerable Democrats up for reelection this fall — recently dismissed the idea of bringing government vaccine mandates to Las Vegas while keeping a mask requirement in high-spread areas.

“I don’t foresee [a vaccine mandate] happening in the future, barring any major catastrophes or other major variants coming down the line,” Sisolak recently told Nevada’s NBC affiliate. “We’ve left a lot of that to the private businesses.”

“It’s clear most voters are now siding with the Republican stance of caution but not over-restriction,” said Ryan Williams, a GOP strategist and former Mitt Romney aide who served in the Massachusetts governor’s office and on Romney’s presidential campaign. “Democrats are late to the game. If they continue to push draconian restrictions closer to Election Day, it could harm the party up and down the ballot.”

As post-holiday cases surge, Democrats are now facing resistance from their own allies. Teachers unions beyond Chicago are asking local leaders to cancel classes as more staff and students got sick last week, and educators in San Francisco and Oakland are planning informal “sickouts.”

Unions also criticized the Biden administration for shortening isolation and quarantine guidelines, accusing the president of caring more about the economy than science.

“We said we wanted to hear from medical professionals on the best guidance for quarantine, not from corporate America advocating for a shortened period due to staffing shortages,” Association of Flight Attendants President Sara Nelson said in a statement, adding that “we cannot allow pandemic fatigue to lead to decisions that extend the life of the pandemic or put policies on the backs of workers.”

But Democratic leaders are continuing on. Lightfoot said Sunday she’s empowered by Chicago parents who want to keep schools open — while trying to assure families and teachers that classrooms are safe.

“Well, the leverage I think we have is that we’ve got the will of the people,” Lightfoot told NBC’s “Meet the Press.” “Parents are outraged, and they are making their outrage known to the teachers union. This is a very different dynamic than ever before.”

As Democratic governors take a more forceful approach to keeping schools and businesses open, former operatives at the Democratic Governors Association argue party leaders are not emulating their red-state counterparts, some of whom have routinely rejected mask and vaccine mandates. They say that Democrats are still emphasizing safety precautions and emphasizing vaccinations while allowing residents and businesses to continue everyday life.

“You’re seeing a realistic acknowledgment of the frustration that people have with everything related to the pandemic,” former political director to the Democratic Governors Association Corey Platt said. “It’s less a messaging change than an understanding of where things are and being focused on safety and mitigating the pandemic when you’re hearing the exact opposite from other people.”

Jared Leopold, who worked for Virginia state Sen. Jennifer McClellan during the Democratic gubernatorial primary, said Democrats now need to lay out what the next stage of the pandemic looks like in a country that increasingly wants to stay open.

“It would be smart for people heading into the 2022 campaign to level with their constituents about the challenges that they face,” Leopold said. “but also provide a clear path forward.”

CLARIFICATION: This report has been updated to reflect that while Bob Blendon is affiliated with the Harvard Kennedy School, his primary affiliation is with the Harvard T.H. Chan School of Public Health.