Omicron: Public reassured there is no need to change plans for Christmas 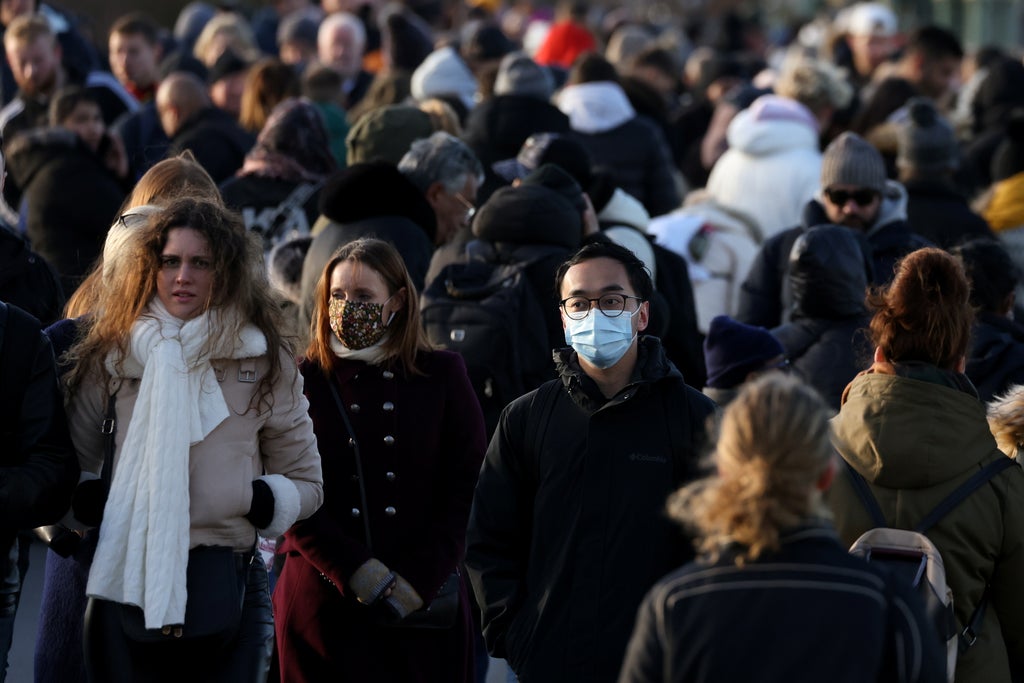 The public has been told to expect “a great Christmas” without new Covid restrictions, despite the arrival of the Omicron variant and fears that vaccines will be less effective against it.

A day after the return of compulsory mask-wearing and more costly tests for travellers was revealed, Sajid Javid sought to reassure people that the moves could be lifted soon – and that harsher curbs are not on the way.

The health secretary insisted it was not necessary to bring back social distancing, or a work from home rule, saying: “We are not there yet – we are nowhere near that.”

Mr Javid expressed hope that the re-introduction, in England, of face coverings in shops and on public transport, together with PCR tests for arrivals, will be reversed “within weeks”. They will come into force early on Tuesday.

And he told an interviewer: “I think people should continue with their plans as normal for Christmas, I think it’s going to be a great Christmas,” while offering no “guarantees”.

In a further boost, the doctor who discovered the Omicron variant said the UK is “panicking unnecessarily” and that it is not making people seriously ill.

Dr Angelique Coetzee, chair of the South African Medical Association, said: “What we are seeing clinically in south Africa, and remember I’m at the epicentre – that’s where I’m practising – it’s extremely mild.”

The optimism came despite the detection of a third Omicron infection, in a person with links to travel in southern Africa who visited London before leaving the country again

Dr Jenny Harries, head of the UK Health Security Agency said it is “very likely” that further cases of the variant will be discovered in the UK in the coming days.

The booster programme will be speeded up, to deliver third jabs to over 18s “earlier” than planned, to raise “the antibody level in the whole of the community”.

The deputy chair of the Joint Committee on Vaccination and Immunisation (JCVI), Professor Anthony Harnden, called it a “sensible strategy”, after the body was asked to explore the move.

The JCVI will also review whether second doses should be offered to 12 to 15-year-olds, and whether the six-month gap between second and booster jabs should be cut.

* Mr Javid admitted air passengers from South Africa were not tested on arrival on Friday, despite fears they could be carrying the Omicron variant.

* Gordon Brown warned next year’s Christmas is at risk from Covid restrictions unless the UK and other rich nations stop hoarding vaccines badly needed in Africa.

* Mr Javid was forced to defend not adopting a work from home rule – despite the Sage advisory group concluding it is the most effective Covid-curbing measure.

* The health secretary said advice would be updated if Omicron symptoms are confirmed to be different, causing extreme fatigue but no loss of taste or smell.

* New coronavirus regulations will be laid in parliament on Monday, but a vote will not be held until up to 28 days later – long after the measures take effect.

Early evidence suggests Omicron may be more transmissible than the Delta variant, the current dominant strain, and that it may partially evade the protection delivered by current vaccines.

The contacts of Omicron cases will be told to isolate for 10 days, while any greater danger from its mutations is established by scientists.

But, ruling out further curbs for now, Mr Javid told Sky News: “We know now that those type of measures do carry a very heavy price, both economically, socially, in terms of non-Covid health outcomes such as the impact on mental health.

“If one was to make decisions like that, they would have to be done very, very carefully. We’re not there yet. We’re nowhere near that.”

And, speaking on the BBC, he said people would not be advised to work from home, adding: “I don’t think that’s necessary.”

Rejecting fears of low compliance with mask-wearing rules – five months after the requirement was lifted – he insisted fears about Omicron would persuade people to “take them very seriously”.

But Lisa Nandy, Labour’s shadow foreign secretary, said: “You only have to walk around parliament to see the problem. Most Tory MPs don’t wear masks.”

Omicron Variant Has a ‘Record’ Number of Mutations: NIH Director 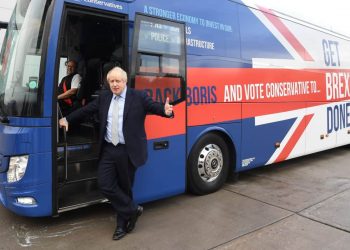 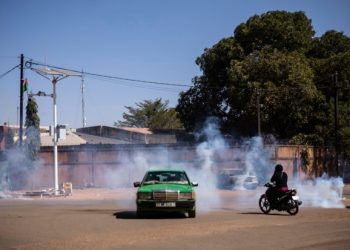 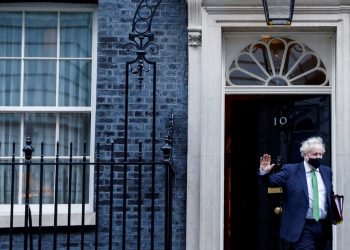 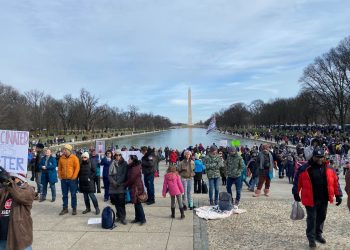 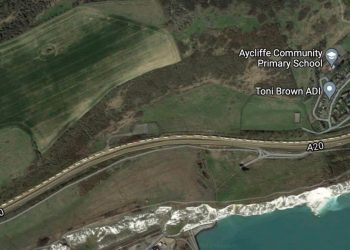 Huge lorry queues on the...