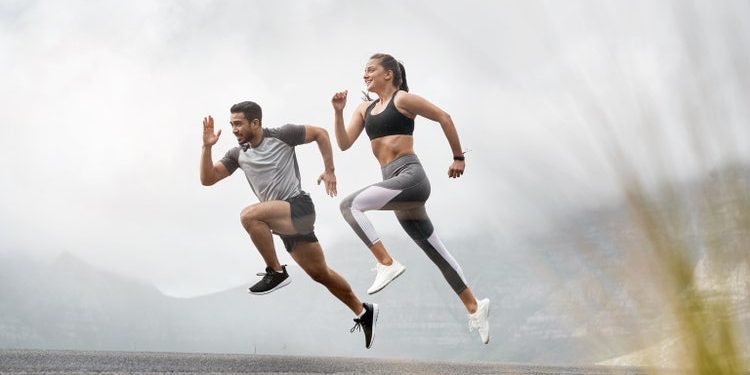 
On Holding AG (NYSE:ONON) through “On-Running” is a Switzerland-based athletic apparel brand that has made a name for itself with high-performance running shoes. Riding a wave of brand momentum, the company launched its IPO in 2021 on the heels of strong growth with an impressive global expansion strategy.

That said, shares have been under pressure against a lofty valuation amid the broader market selloff among “high-growth” names. Concerns related to the strength in consumer spending as a global theme have also added to uncertainty about the company’s near-term outlook. We expect shares to remain volatile with risks likely tilted to the downside over the next several quarters in what we see as a more difficult operating environment.

On-Running started back in 2010 and is recognized for its “Cloudtec” and “Speedboard” series of shoe technology with a patented sole design. The company was the official outfitter of the Swiss Olympic Team and counts on a group of sponsored world-class athletes that endorse the product. The company has established a global presence partnering with leading specialty retailers while also focusing on its direct-to-consumer (DTC) business. Overall, the brand is positioned toward the premium and high-end side of the category which is reflected in its retail pricing.

As mentioned, growth has been solid with the company last reporting its Q4 results in late March highlighted by sales climbing 54% year-over-year and 100% just in North America which now contributes to about 57% of the total. For the full-year 2021, net sales increased 70% to CHF 724.6 million representing approximately $780 million. Management noted the strength of the DTC channel based on its e-commerce platform added to margins. The gross profit margin for the year increased to 59.4% from 54.3% in 2020.

Despite a net loss for the year of CHF -170 million as the company continues to invest in growth, On Holding was able to reach non-GAAP EPS of $0.15 which excludes IPO-related expenses and share-based compensation. Similarly, the 2021 adjusted EBITDA at CHF 96.4 million, was up 93% y/y. On the other hand, the adjusted EBITDA margin during Q4 slipped to 5.9% from 9% in the period last year reflecting some higher costs related to logistics and supply chain constraints.

On Running shoes are manufactured in Vietnam while approximately 25% of apparel and accessories are made in China. The company is on track to expand production at a facility in Indonesia this year as part of its growth strategy. Still, the company expects supply chain constraints to be a recurring issue including higher rates for sea and air freight.

Within the 2022 guidance, the company sees a 700-800 basis point headwind against the gross margin from 2021 levels considering overall higher costs. Nevertheless, the expectation is for “hypergrowth” into the second half of the year to meet growing consumer demand for ON products. Management is expecting sales to reach CHF 990 million this year, representing a 37% increase from 2021. The target for adjusted EBITDA at CHF 130 million, if confirmed, would be an increase of 35% y/y.

Finally, with proceeds from the IPO, we note that On Holding ended the year with CHF 653 million in cash against CHF 163 million in long-term financial debt. We view the balance sheet and liquidity position as a strong point in the company’s investment profile.

Is On Holding Overvalued?

The growth trends for ON Running speak for themselves. The company has been successful in connecting with its target customers and pushing the boundaries between simply being a footwear maker into a broader lifestyle brand.

Looking at the current consensus estimates, expectations are high with the market forecasting revenue growth to average nearly 38% per year through 2024 while EPS ramps up towards a forecast for $0.23 this year and $0.47 by 2023.

Still, there are reasons to be skeptical. Anyone following the apparel industry can look back at several high-flying emerging consumer brands that simply weren’t able to live up to the hype. Shares of Under Armour Inc (UA) and even Canada Goose Holdings Inc (GOOS), for example, have faced spectacular selloffs from their highs, and serve as a warning on the difficulty of really breaking through into the mainstream and justifying a valuation premium.

For On Running, the bullish case is that it can compete and ultimately capture market share from the global leaders in the sportswear category including Nike Inc (NKE), Adidas AG (OTCQX:ADDYY), and even Lululemon Athletica Inc (LULU). As great as their shoes may be, every brand can claim to have “the best” and a lot of it comes down to marketing. The point here is to say that On Holding still has a lot to prove.

While we’re sure the company is fine and will find its place over the long run, the challenge for the stock comes down to the current valuation. Considering the 2022 consensus estimates, ONON at a 7x EV to forward revenue multiple and 56x EV to forward EBITDA, trades at a premium to sportswear industry comparables.

Giving the company the benefit of the doubt that it will reach 2022 targets, the consensus call for the company to more than double revenues towards $2 billion by 2024 is a stretch in our opinion. The insight we offer is that roughly 93% of current sales are based on shoes. From there, On Holding will need to significantly expand its apparel offerings to sustain its high growth rate. That could be a problem because it may end up dragging margins lower if the company isn’t able to move the merchandise at similar markups to a wider group of customers.

With shares of On Holding down by nearly 60% from a high in November of 2021, our call is that it’s probably too late to attempt to short the stock. We rate ONON as a hold, balancing the strong operating momentum against what we believe is still a pricey valuation with plenty of risks tilted to the downside.

Through 2022, the potential that consumer spending gets hit by elevated inflation or weaker macro growth can open the door for the company to underperform expectations. Monitoring points for the next few quarters include the trend in the gross margin and the adjusted EBITDA metric.