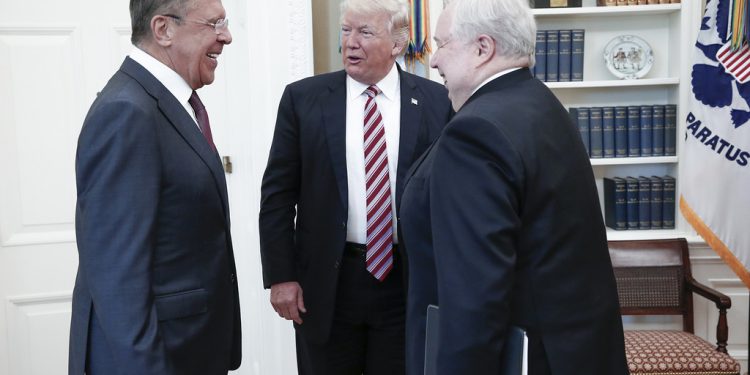 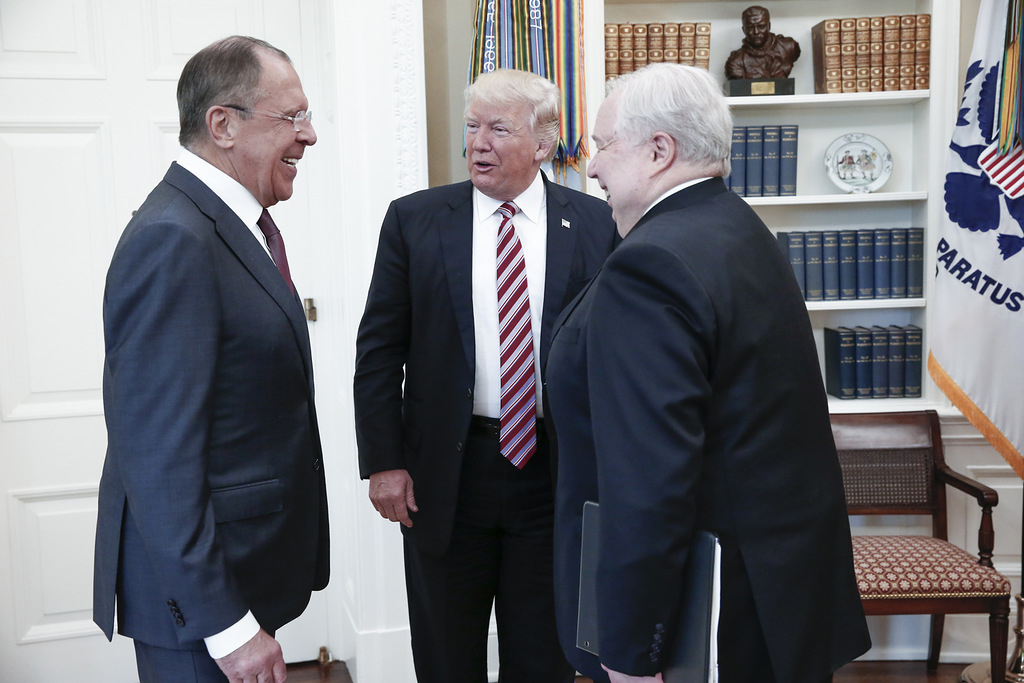 Lately I’ve been thinking of a scene in the Oval Office shortly after Donald Trump was inaugurated as president of the United States.

It was May 10, 2017. This was when his staffers were still finding their desks, heads of state were clamoring for a phone call with our new president, and Russia a few years earlier had annexed Crimea and moved special forces into other parts of eastern Ukraine (which they still occupy).

Oh, and there was conclusive evidence Russia’s  intelligence services had sought to interfere in our election, which FBI Director James Comey had been investigating until Trump fired him the day before. Surely you remember.

Yet, here was the foreign minister of Russia, Sergei Lavrov (who, five years later, is still the foreign minister), yukking it up in the Oval Office with President Trump, to the evident dismay of our national security team, which did not even have a chance to brief him in advance, let alone warn him to avoid disclosing confidential matters — which he went ahead and did.

Yes, that happened. The pictures were released by the Russian News Agency. Putin had requested that Trump meet with Lavrov so the foreign minister could spin the recent invasion of Ukraine in a more favorable light. It worked.

For the rest of his presidency, Trump consistently took the Russian side in international disputes, to the great consternation of our allies in Europe, the beleaguered country of Ukraine, and even our own national security officials, whom he openly ignored and belittled. Indeed, his handling of Ukraine led to his first impeachment.

So, in the present-day crisis, with Russia threatening another invasion of that poor country, and Trump threatening to run again, it’s fair to ask of him, “Which side are you on?” I think everyone knows the answer to that, but the media should get him on record. Because I predict he’ll pick Putin and blame Biden.

And maybe the question should be posed to his many enablers in Congress. After all, a significant number of them still support his lies about our election. Again, for the record, “Whose side are you on?”

In the 1930’s, there were plenty of apologists in the United States for bad actors in Italy, Germany, Russia and Spain. Then, as now, the defenders of liberal democracy were under siege by autocrats and their apologists. Today it is the Alt Right in Europe and America, including Steve Bannon. And in the media, it’s Tucker Carlson, one of Fox News’ main propagandists.

Some will always choose appeasement. Lenin called them “useful idiots.” But that never works out because aggressors are never satisfied with just a little.

We do not have a defense alliance with Ukraine. We will not send troops. But we cannot and must not acquiesce to the lie that their sovereign nation should bend to a Russian hegemony.

Americans must stand for freedom and against its enemies. Trump and his supporters need to choose which side they are on.

Thomas Higgins, of Oakland, served as deputy secretary to the Cabinet in the White House of President Jimmy Carter. His responsibilities included coordinating federal activities for crisis management, including emergency refugee resettlement and natural disasters.