One critical move each NFL team should make: Trading Russell Wilson, moving on from Zeke Elliott on to-do list 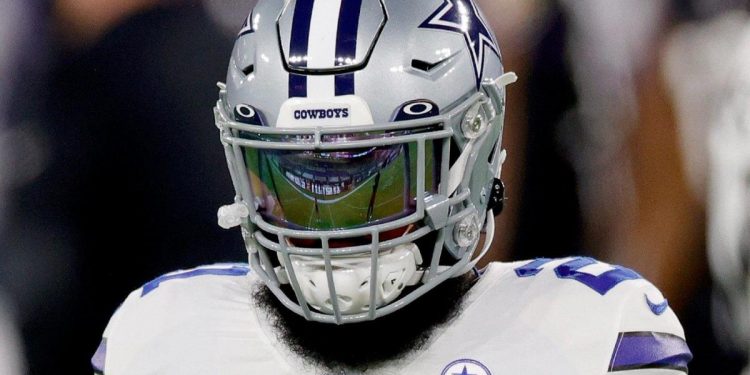 
The NFL offseason is already in full swing. Cap cut season is upon us. The combine is this week. Teams can apply franchise tags.

No matter that the official start of the league year isn’t for two weeks. The business of football is already at the fore. Teams have long decided on their free agent priorities, and which players they are going to cut and which they will ask to take a pay cut. The jockeying for a potential franchise quarterback in the trade market is well underway. Budgets have been set. Many of the most critical meetings – ones that will dictate the tenor and outcome of months of transactions – are already in the past, with the groundwork for those acquisitions hitting another level with the entire league gathered in Indianapolis.

And even for the best teams in football, like the Super Bowl winning Rams, there is abundant work to be done. Getting sufficiently under the cap alone is enough work for some franchises, while others are waiting to try to outpace the market to throw mega-deals around at unrestricted free agents. With that in mind, here is a look at one critical move each organization should make as we head into one of the most fertile roster-altering periods of the year (in order of finish from worst to first):

Rebuild the offensive line. A purge of veteran lineman is underway, and this must be a priority. Get Trevor Lawrence incubated. And with this not being a great OL draft class, the time to start inroads with agents is this week. New coach Doug Pederson saw what a stout unit looked like in Philly … and also what happened to Carson Wentz when things starting falling apart up front.

Complete the purge of bloated contracts (Trey Flowers, etc.), and continue the teardown. Extend T.J. Hockenson and resist the urge to do anything splashy in free agency because the timeline doesn’t make sense with how far away you are. Likewise, don’t force a QB selection since you are stuck with Jared Goff for another year, anyway, and next year’s class looks better already.

Prepare as if Mekhi Becton is not the answer at left tackle, and that he just might become a sunk cost. I’d love to see him pick up at the heights of his rookie season, but there is obvious reason for concern about that at this point.

Move on from Saquon Barkley and shed as many of the excessive recent contracts of the old regime (Blake Martinez, Kenny Golladay) as you can on the trade market. And if there is a market for Daniel Jones, I’d explore that thoroughly as well.

Start having weekly Zooms with Josh McCown to keep him apprised of roster moves, philosophies and offseason priorities. He’s gonna be the long-term head coach of this team (unless someone beats them to the punch). Just a matter of when.

Identify a coach in waiting or at least get some back-channeling going early, because this Matt Rhule experiment has an expiration date around Thanksgiving. Resist the urge to trade for Deshaun Watson without full and complete closure on his legal status.

Extend Roquan Smith and try like hell to keep Akeim Hicks from hitting the market. They need that front seven to be an impactful unit to have any chance even in a watered down NFC North.

Put together a massive recruitment package together for Ciara. On the down-low, of course. No tampering. But if you have any celebrity connections who might know the entertainer, have them pull out all the stops. Maybe create a splashy video she could watch extolling all of the virtues of the greater DC area. Amazing mansions in Mount Vernon. Ridiculous row homes in Georgetown. Just a short train/flight from NYC. World-class shopping. A cosmopolitan, international destination beckoning to her and her husband. Oh, and extend Scary Terry immediately.

Trade Russell Wilson. The odds of winning another Super Bowl with him on his current contract are bleak at best. He’s not gonna do an extension. Franchising him in his late 30s is silly. You have no picks and very little talent. It’s time for a reboot.

Check out the suggestion for the Commanders and do the same thing, only for Aaron Rodgers. Let him know how many yoga studios per capita you have, offer to have the new owner do a 12-day cleanse with him if he comes there. Do all of your own research on how amazing the Rocky Mountain region is, and get it into the right hands.

Try like heck to get Matt Ryan to do a realistic short-term extension as a precursor to a trade. Promise to only send him to a winning team. Of course, he’s been accustomed to being among the very highest paid at his position, so he might not be inclined. And the best time to do this was years ago, anyway.

Do not triple down on Kirk Cousins. Even if you move on from guys like Danielle Hunter and Adam Thielen and Michael Pierce, there is still enough talent to win the NFC North (especially if Rodgers is gone). Ride it out for one more year, seeking to keep upgrading that offensive line. You’re going to have to outscore people to win, anyway. Take the comp pick for Cousins down the road.

Bring in legit competition for Baker Mayfield. I don’t mean Case Keenum, who at this age could hold it down for a month or so. I’m talking someone who could get you through three months if need be. Not sure if Gardner Minshew or Mitch Trubisky or Marcus Mariota is an upgrade, but I might be inclined to find out.

It’d be easy to say extend Lamar Jackson, but that might be unfeasible this offseason with the QB inclined to gamble on himself on a fifth-year option. So I’ll go with rethinking their contract structures, aversion to voidable years and predilection for doubling-down with extensions for injury-prone players they have already heavily compensated. When new team president Sashi Brown – former Browns GM steeped in cap/negotiation – takes over April 1, much of that might take care of itself, anyway.

Sign Pat Ricard, the best fullback/H-back/tight end/emergency tackle in the NFL. Think about all the great stuff Kyle Shanahan and new Dolphins head coach Mike McDaniel did with former Ravens fullback Kyle Juszczyk in San Francisco? Now go get the latest hybrid weapon the Ravens created. The run game needs all the help it can get, and that’s McDaniel’s bread and butter.

Don’t trade Carson Wentz just to trade him. He has significant flaws around the goal line (on both ends of the field), and those brain cramps can be brutal … But you gave up two high picks for him, you aren’t convincing a Rodgers or Wilson to go there, and the other options ain’t great. He also produced 27 TDs to 7 INTs, FWIW.

Franchise tag Mike Williams and be willing to be one of the highest spending teams in this offseason. You are already chasing the Rams and suffering in that market and you only have one more year before Justin Herbert can start making the kind of crazy money he is worth. No time to be frugal. Let’s go!

Re-sign Jameis Winston. ASAP. The familiarity and comfort and understanding if there. He was playing his best ball pre-injury. Other options do not abound.

Commit to Jalen Hurts for one more season. Build around him with that bounty of picks. Maybe take a flier on Carson Strong somewhere on Day Two in the draft. But don’t force a QB selection with this murky class of passers.

Make a run at Winston. Mason Rudolph and Dwayne Haskins are not the answer and this team can still contend with sufficient QB play. Winston would unlock the downfield passing game and create some space for Najee Harris in the box. Regardless, you need a veteran QB who has won some games in the league. I’d also promote from within for GM.

Get something close to a No. 1 wide receiver. Whatever it takes. Embrace it. Mac Jones ain’t Tom Brady and he isn’t going to turn journeymen into superstars.

Would Derek Carr interest the Seahawks at all as part of a Wilson package? I’d certainly want to find out. Pete Carroll is nearing the end and wants a winning veteran QB.

Throw around all the platitudes you want to try to make the Kyler Murray/social media thing look like nothing, but hand out top-of-market deals to him and Kliff Kingsbury at your own peril. Still very much that needs to be earned there. The team has the leverage.

Move on from Zeke Elliott and tell Mike McCarthy to prepare as if he might need to assume play-calling duties at some point to save his job. Because things continue to bog down with Kellen Moore in charge. And I suspect that will become a talking point again in 2022.

If there is a Day Two developmental QB you like in this draft, grab him. At some point all the impact will catch up with King Henry. Ryan Tannehill has his limitations, and this could be a team that will be transitioning in offensive identity in the next few years.

Stop it with the Blake Bortles hype train. Please! We love Bruce Arians, but this team needs a real starting QB with Tom Brady retired.

A year ago you entered into a pact with a future Hall of Fame player that included a bunch of provisions that were basically poison pills in order to allow him to get out in 2022, and for you to move on with a different team-building exercise, opening up a new window with Jordan Love playing for peanuts. Whether or not he’s a starting quarterback remains to be seen, but it’s time to start finding out. Because putting together a Frankenstein team this year when you know it’s all or nothing, after failing to win with a better roster the last two years, is a risk that will only thrust you deeper to the abyss. Putting this genie back in the bottle won’t work

Hold on to Jimmy G. Unless you are getting two second-round picks from a rebuilding team (and thus those picks are high), be careful here. Trey Lance is still a project at this point. That team can win with uneven QB play, but is Lance ready to give them what Garoppolo gave them a year ago?

Franchise Orlando Brown, get rid of Frank Clark and focus on defensive line and pass catchers beyond that.

Franchise Jessie Bates, sign Brandon Scherff and draft nothing but offensive and defensive linemen. I’m not kidding. For reals.

Add a “no-media til 2025” clause in Sean McVay’s contract? Okay, that won’t fly. But landing a starting caliber left tackle is a must, and I’m not against doubling down on Von Miller and OBJ. Stan Kroenke has the cash.

Nigerian outrage at treatment of students at Poland border