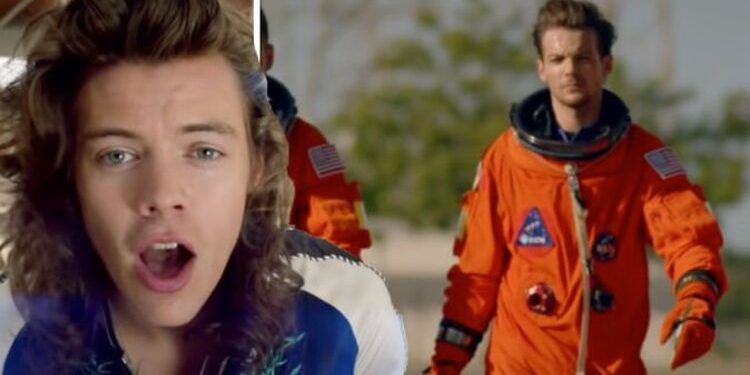 
When Zayn left One Direction on March 25, 2015 it caused a massive blow to the fanbase, the Directioners. In the days that followed it was uncertain whether the group would continue without the young star, but before long the group’s new album, Made in the AM, was announced – the first without Zayn. Shortly after, the band’s first single was released without the star as well.

On July 31, 2015 – just four months after Zayn’s exit – One Direction released their first single from Made in the AM: Drag Me Down.

The track was a smash hit that went straight to number one in the UK Singles Charts. And It also claimed the top spot in Ireland, France, Austria, Australia and New Zealand. Drag Me Down also marked the band’s fourth and (what would be their) final number-one single.

The lyrics could be interpreted to be pointed directly at Zayn’s exit, however.

Drag Me Down includes lyrics such as: “I’ve got fire for a heart / I’m not scared of the dark / You’ve never seen it look so easy.”

And, for the first time, this exact song is being played live by one of the band’s former members: Louis Tomlinson.

Meanwhile, this has also spurred fans on to call for a reunion from the band.

These odds do not include Zayn Malik. Coral have placed his return at 2/1, meaning it is not likely at all. John Hill commented: “The boys have refused to rule out a reunion in the near future and our betting clearly suggests there is a good chance we will see One Direction back together before the year is out. Although this is positive news for 1D fans, a reunion is likely to be without Zayn Malik.”

Renewable energy investment trusts for dividends and things to beware