One in five teachers in more affluent areas say parents have pressured them over exam grades, survey shows 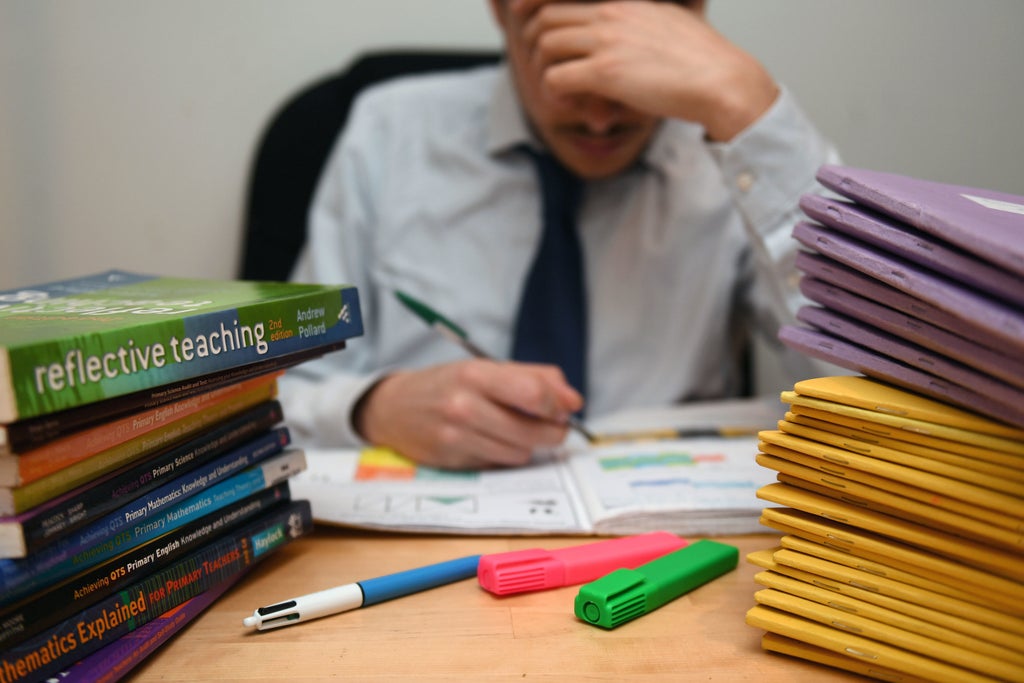 Around one in five teachers at schools in wealthier parts of England say parents have pressured them over their child’s exam grades this year, a new survey has revealed.

Nearly one in four (23%) of teachers at private schools and 17% at state schools in advantaged areas have been approached or pressured by parents over grades, according to a Sutton Trust report.

Just over one in ten (11%) of state school teachers in poorer areas reported being put under pressure, the poll has found.

The findings come after teachers in England have now submitted their decisions on pupils’ GCSE and A-level grades for this year. They will be released in two weeks time.

It comes after Ofqual last year ditched its algorithm for A-level and GCSE results after large numbers of results were downgraded, prompting fury among pupils, teachers and parents.

This summer’s exams were cancelled for the second year in a row due to the pandemic. Grades will be decided by teachers after drawing on a wide range of evidence such as coursework and mock exams.

However the report identifies a big variation in the number of assessments being taken by A-level students to determine their grades this summer.

Almost two in five (38%) teachers said their pupils were doing three to four “mini-exams” or in-class assessments per subject, according to the survey.

Also for the research, a poll of more than 400 university applicants suggests that nearly half (47%) believe the pandemic disruption will negatively impact their chance of getting into their first-choice university.

Those from a state school (36%) are more than twice as likely to feel unprepared for starting university compared to their independent school peers (17%).

Sir Peter Lampl, founder and chairman of the Sutton Trust, said: “This year’s cohort of university applicants have faced almost two years of disrupted education. As we approach results day, it’s vital that poorer students are not disadvantaged by the greater impact of the pandemic on them.

“Universities should give additional consideration to disadvantaged students who have just missed out on their offer grades.”

Geoff Barton, general secretary of the Association of School and College Leaders (ASCL), said: “Many teachers have had the additional strain of coping with pressure from parents.

“We know these parents think they are doing the best for their children. But it is yet another issue which has added to the stress of an extremely stressful period. And grades are of course based on evidence of student performance rather than whose parents have the sharpest elbows.”

Kate Green, Labour’s shadow education secretary, said: “Come results day every pupil must be supported to progress with their education, training or employment, not just the most privileged.

“The Conservatives have treated children and young people as an afterthought throughout this pandemic.

“Ministers must now urgently set out the support that will be available to pupils, parents and teachers on results day to ensure no young person loses out on future opportunities due to their failed pandemic response.”

Dr Michelle Meadows, deputy chief regulator at England’s exams regulator Ofqual, said: “Although exams didn’t take place, students will receive grades so they can move on with their lives.

“Those parents who tried to influence teachers’ judgments behaved wrongly.”

A Department for Education (DfE) spokeswoman said: “There is no one better placed to judge young people’s abilities than their teachers. Students have only been assessed on what they had been taught, supporting students who may not have had the opportunity to learn as much as they would do in a normal year and meaning that teachers have effectively made their assessments based on every student having their best day.

“No teacher should be put under undue pressure and grades are subject to wider internal checks in schools and external checks by exam boards to make sure they are a fair reflection of students’ work.”