One million refugees have fled Ukraine since start of invasion: UN 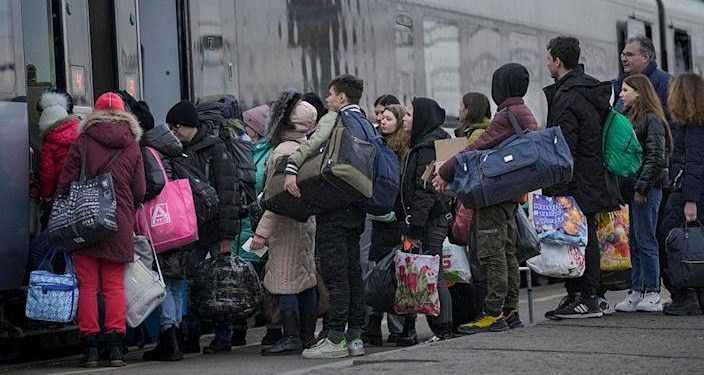 
One million refugees have fled Ukraine since the start of the Russian invasion a week ago, the U.N. refugee agency said Wednesday.

That figure accounts for 2 percent of Ukraine’s population, with the agency saying up to four million people are predicted to leave, the Associated Press reported.

The new total comes as Russia has taken over its first city in Ukraine and fighting has intensified in the capital city of Kyiv.

“In just seven days we have witnessed the exodus of one million refugees from Ukraine to neighbouring countries,” U.N. High Commissioner for Refugees Filippo Grandi posted on Twitter.

Many of the refugees have been heading to neighboring countries Romania, Poland and Hungary, which have welcomed the refugees and some of their pets.

Many other countries have joined in saying they will take Ukrainian refugees, with Japan the latest country to make the offer on Wednesday.

Men ages 16 to 60 are not allowed to leave Ukraine after martial law was declared and the government called on citizens to help fight against the Russians.