One Piece chapter 1041 release date confirmed after another delay 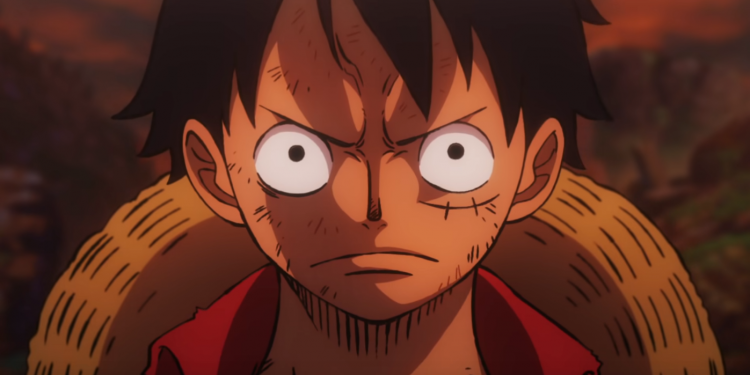 
One Piece chapter 1041 has sadly been delayed, but thankfully a new release date has now been confirmed online by Viz Media and Manga Plus.

Sunday’s have been bliss for anime and manga fans around the world for the past several months. Not only have we been getting new episodes of Attack on Titan and Demon Slayer, but also the latest chapters of My Hero Academia and One Piece each Sunday.

However, both the Demon Slayer anime and the One Piece manga will be notably absent from your weekend schedule this week. Specifically for the One Piece manga, chapter 1041 has been postponed, but thankfully a new release date has now been confirmed online.

One Piece will be missing this week

Unfortunately, the One Piece manga will be notably absent in this week’s Weekly Shonen Jump magazine in Japan.

This means that the international release via Viz Media and Manga Plus will also be postponed.

A reason for the delay was not announced, but the team makes a habit of taking regular breaks in order to maintain both the series’ quality and the mental health of the production team.

The good news is that the delay won’t be a long one, so when will chapter 1041 release online in English?

Per Manga Plus’ series page, the next chapter will launch from the following international times:

Both Viz Media and Manga Plus will provide access to the upcoming chapter in English for free, with a subscription to either service costing $1.99 a month for the full library of online chapters.

No spoilers from the raw scans just yet

As the release of One Piece chapter 1041 has been moved to a later date, there is a distinct lack of information on the upcoming manga instalment.

As of Sunday, February 20th, no spoilers from the manga’s raw scans have been shared online.

The first preview spoilers are expected to arrive by Thursday, February 24th – so check back in then for the latest updates.

The good news for One Piece fans is that the weekend is not completely devoid of new content with episode 1011 releasing online.

The new episode, titled “It’s Not Okay! The Spider Lures Sanji!”, premiered worldwide on February 20th at 2 AM GMT.

This week, the Netflix streaming platform announced that more episodes from the One Piece anime adaptation will be made available on the US version of the service.

The new episodes will be made available to stream in the US from Tuesday, March 1st2022.

As noted by What’s On Netflix, it is unclear how many new episodes will be released. The next two sagas in the anime adaptation are the Sky Island and Water 7 story arcs.

Additionally, there are reports on social media that the Strong World theatrical movie would premiere on March 15th2022.

There has been no mention of the release of these One Piece episodes on the UK version of Netflix, but the new episodes will be made available on Netflix Brazil.

In other news, The NASCAR drivers with the most Daytona 500 wins ahead of 2022 race

I Like Trains interview: The Leeds band on Kompromat, getting back to the stage and why the city is thriving

I Like Trains interview: The Leeds band on Kompromat, getting back to the stage and why the city is thriving