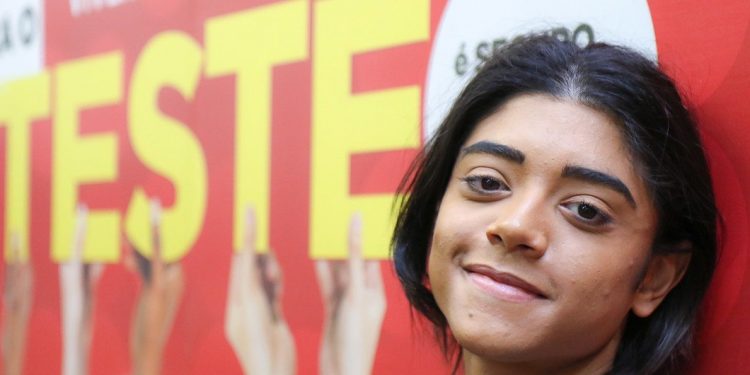 
This criminalisation has measurable consequences in terms of public health and access to education, says Victor Madrigal-Borloz, the UN’s independent human rights expert on protection against violence and discrimination based on sexual orientation and gender identity.

Created by the Human Rights Council in 2016 by a majority of States concerned about victims of violence and discrimination, based on their sexual orientation or gender identity, the expert’s mandate has been entrusted since 2017 to Mr. Madrigal-Borloz, a Costa Rican-born lawyer and teacher at Harvard Law School.

In an interview with the UN Office at Geneva (UNOG), Mr. Madrigal-Borloz said he advocates for a world free of the criminalisation of gender orientation and gender identity, including the elimination of conversion therapies.

The reason for this gigantic discrepancy, he points out, is that too often a trans person who is ill, will not seek health services for fear of being ridiculed and will not receive the care they really need.

The criminalisation of different sexual orientations or gender identities is also related to “conversion therapies”, the subject of a 2020 report by Mr. Madrigal-Borloz.

The Human Rights Council-appointed expert addressed the issue of these “therapies” that aim to change a person’s sexual orientation or gender identity, on the supposed premise that LGBT and gender variant people are “sick”.

The report says that these therapies are practiced in at least 68 countries on every continent; the report cites countries in Africa, China, the Republic of Korea, and Eastern European States.

In the United States, an estimated 700,000 lesbian, gay, trans, or gender variant people have been subjected to these practices at some point in their lives. In Switzerland, according to estimates by civil society organizations, approximately 14,000 people are affected.

A kind of torture

Exorcisms by churches or healers, “corrective” rapes, obligation to undergo psychological treatment: during his working visits to several countries, Mr. Madrigal-Borloz collected numerous testimonies from lesbian, gay, bisexual, trans and gender variant people who were victims of these practices.

“Conversion therapies” cause profound physical and psychological trauma to lesbian, gay, bisexual, transgender and gender variant people of all ages who are victims of these practices, he says.

So much so, that UN mechanisms against torture have judged that these practices could be tantamount to acts of torture or cruel, inhuman or degrading treatment.

The role of the Independent Expert is not only to make observations but also to advise States on corrective measures to take. And, in light of the suffering that conversion therapy causes, Mr. Madrigal-Borloz explicitly recommends that States prohibit these practices, repealing laws that permit them as well as those that criminalise diversity of sexual orientation and gender identity.

He also recommends urgent action to protect children and youth.

In fact, efforts against conversion therapies have accelerated in the last few years, notably with their prohibition by the parliaments of Canada and France, in 2021, after similar steps in Germany and Albania, for example.

In Switzerland, the cantons of Vaud and Geneva, have recently launched initiatives along the same lines, in parallel with the submission of two initiatives to the lower house of the federal parliament.

That said, Mr. Madrigal-Borloz warns against attempts by States which do not just avoid prohibiting conversion therapies, but actually promote them.

For example, Ghana is considering a law that would punish anyone suspected of being LGBT+ with five years in prison, and explicitly allows conversion therapy. Along with nine other human rights experts, Mr. Madrigal-Borloz wrote to the Head of State of Ghana to draw his attention to the fact that the law constituted “a fundamental departure from the State’s international obligations” and to give him “examples of the pernicious effects the law would have on people living in Ghana — including the unimaginable suffering that conversion therapy would cause”.

Mr. Madrigal-Borloz says he will continue to work on the issue of conversion therapies. In particular, he says, it will be important to raise awareness among religious organizations of the need to unequivocally condemn such therapies.

Mr. Madrigal-Borloz will continue his work to eliminate violence and discrimination based on sexual orientation and gender identity, through 2023.

A coalition of no less than 1,327 organizations in 161 countries supported the renewal of the mandate in 2021, with only a minority of Human Rights Council Member States opposing it.

“The mandate must continue until such time as it can be said, in an objective way, that there is no discrimination or violence based on gender orientation and gender identity. I’m not sure I’ll ever see it in my lifetime. But we are moving forward in a decisive way,” says Mr. Madrigal-Borloz.

The mandate of the Independent Expert on protection against violence and discrimination based on sexual orientation and gender identity is one of 45 “special procedures” mandates appointed by the Human Rights Council.

They assist the Council in carrying out its work in areas as diverse as defending the rights of people of African descent, combatting discrimination against women and girls, and addressing the rights of migrants and extreme poverty.

Mandate holders – Special Rapporteurs, Independent Experts and Working Group members, are considered to be the “eyes and ears” of the Council. They report and advise on human rights situations from a thematic or country perspective. They are not United Nations staff and do not receive a salary for their work.

How to report cryptocurrency transactions on your 2021 tax return

How to report cryptocurrency transactions on your 2021 tax return