Only Fools and Horses crowned best BBC show ever made 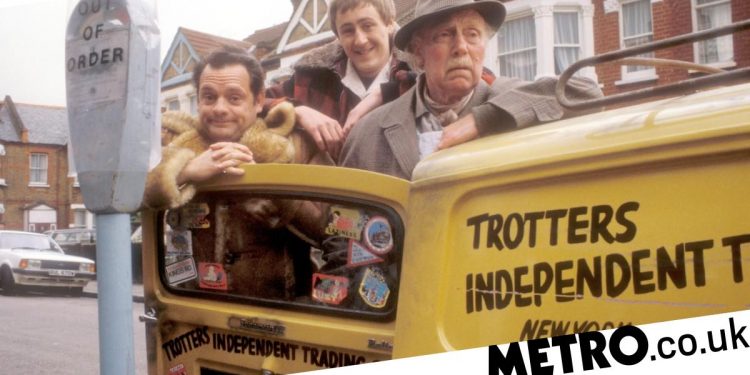 
The One Show viewers have crowned Only Fools and Horses their most-loved BBC TV programme in the BBC 100 vote.

The sitcom beat Doctor Who, Strictly Come Dancing, Line of Duty and Call the Midwife, which all made up the top five.

Only Fools and Horses was named the nation’s most loved BBC television programme of all time, following a public vote as part of the BBC’s centenary celebrations.

‘It was such a great show to be a part of and I am pleased it has given so many laughs and continues to do so to this day.’

He continued: ‘From the brilliant writing of John Sullivan all the way down to the entire team in front of and behind the camera, let’s just say luvvly jubbly.’

The win comes just after Nicholas Lyndhurst (Rodney) was forced to deny rumours he is retiring from acting.

In more sad news, Patrick Murray (Mickey) has shared his diagnosis with cancer.

The One Show asked a panel of experts to help whittle down all the classic BBC TV Shows from across the years to a shortlist of 50 for viewers to vote on.

The final 50 included everything from drama to comedy to entertainment to factual and natural history.

One Show presenter Alex Jones said: ‘It’s been a joy to look back and celebrate some classic TV shows from the BBC’s history as part of BBC 100.

‘There’s been an absolutely huge response from our lovely viewers and though we couldn’t fit everything onto the list, our viewers have shown so much love for these classic shows that have connected with them across generations.’

The results of the vote were announced on tonight’s episode of The One Show, which kicked off the centenary celebrations.

Only Fools and Horses the Musical star Paul Whitehouse, Strictly winner Bill Bailey, and Angela Rippon opened up the BBC archives to host a special reunion between Baroness Floella Benjamin and the original Play School cuddly toys and dolls.

Plus, Only Fools and Horses’ Sue Holderness (Marlene) joined the show to celebrate the big win.

The One Show airs on BBC One every week night at 7pm.

The BBC’s most loved 20 television programmes, as voted for by The One Show viewers


MORE : Is Sherlock coming back? The latest on the BBC series