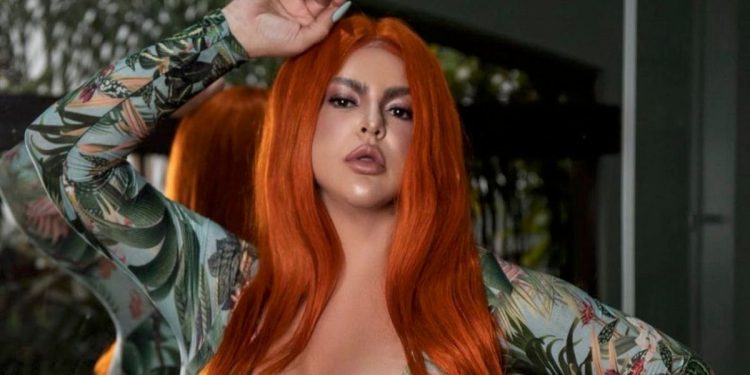 
A lot of people can feel lonely on Valentine’s Day if they don’t have a partner to share it with.

And OnlyFans model Lu Duarte says she is proof of this, with the stunner claiming she’s been asked by some fans to be their girlfriend for the day this Valentine’s.

Lu said she’s received several requests from fans wanting a relationship with her on Valentine’s Day so they don’t spend the most romantic date of the year alone.

And she admits she’s open to the requests.

“I received some messages asking me to be a girlfriend only on Valentine’s Day,” she said.

“I thought it was fun and maybe even accepted an invitation.”

The model says that this is not the first time it’s happened and that she often receives some unusual requests to be a girlfriend for a day.

She added: “I always get a ‘Lu, be my girlfriend for a day please!’

“And at this time of year, requests increase a lot, not everyone wants to spend Valentine’s Day single and alone.”

Lu made the confession as she dressed up for some sexy snaps to celebrate February 14.

The beauty was seen rocking a racy red dress and holding some roses and balloons as she perched on the end of a bed.

The model was seen staring wistfully into the distance as she posed up a storm.

She teamed her stunning ensemble with immaculate makeup, which included smoky eyeshadow and nude lips.

Meanwhile she was sporting blonde locks, which were styled poker straight.

Lu is known to mix up her hair colour a lot, as she claims it makes her stand out from the crowd on OnlyFans.

She’s been known to sport brunette, red and pink locks in the past – however she admitted that men always seem to love her redhead look the most.

The stunner previously revealed: “Redheads remind them of fire. It is definitely the colour that my clients love.”

Despite this, Lu said that platinum blonde is her favourite, as it makes her feel ‘sexier’.