Ontology of the everyday: PeopleReign’s automation of IT and HR 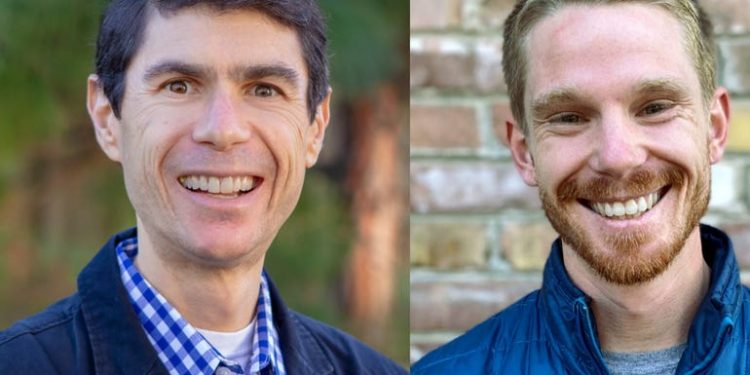 
The showy science projects get all the attention in the constant quest to automate everything. That includes gigantic natural language processing models such as OpenAI’s GPT-3, which can complete sentences, answer questions, and even write poetry.

For those making commercial software, there is a more mundane but perhaps equally valuable task, which is to figure out what facts a machine should have access to and make that actually have value for humans.

“We don’t apologize for the fact that some of this requires brute force,” says Dan Turchin, chief executive and co-founder of PeopleReign, a San Jose, California software startup that is automating the handling of support calls for things such as IT and benefits.

His software has compiled, over a period of five years, a kind of encyclopedia of more than five million “domain concepts,” structured information relating to things such as employee benefits, requests for computer support, and all manner of other things customers or employees might request, culled from a billion examples such as IT tickets, wikis, chat transcripts, etc.

All of that is meant actually to know what a human is trying to express.

“When we named the company, it was very intentional,” said Turchin in an interview with ZDNet via Zoom. “Technology is amazing, but it can also be dangerous; people do and always will reign.”

Also: What is GPT-3? Everything your business needs to know about OpenAI’s breakthrough AI language program

Turchin’s firm on Wednesday announced it received a $4 million seed round of financing to advance its programs that are already in use by Fortune 500 firms such as insurance giant Swiss Re, which uses the software to support 15,000 employees in 25 countries.

The funding from venture capital firms Boulder Ventures, Moxxie Ventures, and Sterling Road, and individual investors that include MicroStrategy co-founder Sanju Bansal, is the first outside money PeopleReign has received since its founding in 2020.

The area of automating language for things such as help desks has been a hot area lately. It includes startups such as DialPad and Moveworks to large, publicly traded companies such as Five9.

But the work of gathering the domain concepts, years of work that preceded the formal founding of the company, is the bedrock of the software that PeopleReign claims as its unique edge — “it’s one of the world’s biggest corpus of content related to IT and HR,” said Turchin.

“No one is leveraging the tools we are to develop an understanding of language to do the kinds of things we are doing,” Matt Parker, PeopleReign’s head of data science, told ZDNet in a separate interview via Zoom.

“We have this huge database of domain-specific information and how it all weaves together,” said Parker. “It’s just a huge list of factual information. That’s the key bit, is that it’s unambiguous, indisputable facts.”

It is a strategy somewhat akin to Chicago-based startup Narrative Science, a focus not strictly on automation but on the detective work of piecing together what language means in context.

A program called spaCy is used to create what are called word embeddings, syntactical representations of how words relate to one another in a given context. The popular Neo4J knowledge graph software builds a knowledge graph of the discovered relationships.

From those tools, PeopleReign constructs ontologies that know what a term suggests in context. The term “Mavericks,” for example, could be used in the context of Apple’s previous OS X software release of that name. “That is a member of ‘OS X,’ and of ‘hardware’ and of ‘operating system and ‘personal computing,’ and it’s also related to ‘Apple’,” said Parker, listing all the parts of a domain that may cluster around a given term.

Clustering in and around each term can be related concepts, he said — that “huge list of factual information,” things such as types of computers, vendor names, or types of problems that people can run into, such as computers “freezing” or “crashing” or “breaking.”

Another open-source program, made by spaCy’s creators, prodigy, is used for machine learning training to understand what someone is referring to. PeopleReign uses its domain ontologies to train what’s called an “entity recognition model,” a mechanism that can retrieve, at runtime, the relationship of, say, “Mavericks” to “OS X” and to “computers.”

Also: ‘We won’t have the sexiest AI, but everything it says is true,’ says Narrative Science

The result is, “When somebody says, ‘I can’t upgrade Mavericks,’ they are probably not talking about the surfing spot,” explained Parker, referring to a popular destination in Northern California for which the OS X distribution was named.

“Where PeopleReign adds unique value is in understanding the domain and learning from these concepts,” said Turchin. “If an employee is asking about ‘airport,’ but in the context of WiFi or network access, it’s about the Apple product [Apple’s Airport base station]not a physical airport.”

“So, understanding the language that employees use to request IT and HR service means these domain ontologies can have a much more fluent conversation.” The facts, moreover, can be translated across 27 different languages by finding the domain-appropriate term in the native language, rather than a simple word-for-word translation.

“When we receive an utterance in Spanish, the facts are the facts; we just have to translate,” explained Parker. “If your computer screen is going to crack,  that’s true no matter the customer and the language.”

The PeopleReign ontologies are packaged as four programs. One is a virtual agent meant to handle requests automatically. Two other programs are to aid live agents by suggesting relevant answers, “essentially to make the agent smarter with contextual recommendations that are built based on this knowledge graph,” explained Turchin.

And a fourth program is what’s called predictive analytics, “to basically tell you what’s trending, to let you know what are the gaps in your knowledge to be able to deflect more calls to self-service.”

Especially in cases where some new product pops up — the latest Apple computer, say — “there are going to start to be questions that no one knows about” because they haven’t previously been handled. “So, PeopleReign will be the canary in the coal mine to figure out what people are talking about.

PeopleReign is aiming at winning customers among companies that have the typically load of 750,000 trouble tickets annually. “PeopleReign, for most customers, will reduce call volume by about 60%,” claimed Turchin.

Armed with new funding, PeopleReign has enough capital to take it through next year, when a Series A may happen, said Turchin. Some seasoned tech veterans are joining in the round, including Larry Augustin, former CEO of software maker SugarCRM and Linux computer maker VA Linux; and Julie Liegl, formerly the chief marketing officer of Slack.

Among other things, the new money will be used for go-to-market initiatives such as building partnerships. One of the first, announced Wednesday, is with Thirdera, which bills itself as “the largest pure-play provider of ServiceNow services.”

In the era of the Great Resignation, Turchin is betting that the work of smoothing an employee’s help-desk calls may be a big draw for companies that don’t want to annoy their employees.

“This is the hardest environment I’ve ever had to hire in,” said Turchin, who is a veteran of numerous tech startups. He said his small, seasoned team is ten people now, expecting to double by year’s end to 20. A big help to hiring is that PeopleReign is “embracing the idea of a 100% remote team,” he said. Despite the San Jose address, there is no formal headquarters facility and won’t be one anytime soon, he said.

“We will align our real estate strategy with where our talent is, rather than the other way around,” he said.

“All organizations are now remote-first, or hybrid-first,” observed Turchin. Without a physical locus, in an age of increasingly nomadic work, the bet is that software needs to extend employee service outward, virtually.

“Every employee just became a remote office that IT needs to support, so technologies like PeopleReign are making it easy for IT to be adaptable just like employees are having to adapt to working anywhere.”

In a broader sense, technologies that improve the world of work become an important element to attract and retain talent, Turchin contends. Software such as improved help desks is among “technologies that let CXOs demonstrate to employees they are valued, they’re trusted, they’re respected, they’re no longer constrained by the things that used to make an office environment toxic.”

(In addition to running PeopleReign, Turchin hosts podcasts with thought leaders in software, AI and related topics, called AI and the Future of Work.)

There’s a League of Legends novel on the way • Eurogamer.net